Covid-19 Inquiry - could you be a Core Participant? 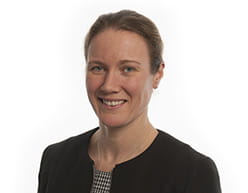 On 21 July 2022 the Chair of the Inquiry, Baroness Hallett, announced that she is opening the first of three investigations to begin this year and seeking applications for "Core Participant" status. Due to the broad scope of the Inquiry, organisations will need to consider whether they should make an application. We set out how this could apply to you below.

To conduct the Inquiry as efficiently as possible and to examine the many different aspects of the pandemic that are covered by the Inquiry's Terms of Reference, Baroness Hallett has decided to divide the issues to be investigated into modules. These modules will be announced and opened sequentially but they will work broadly in parallel, with the public hearings for each module to follow, one after another.

The first three modules have been announced and these are as follows:

Further detail relating to what each module will examine can be found on the Inquiry's website, particularly in respect of Module 1 where there is a Provisional Outline of Scope. This sets out six areas of examination, including government structures and specialist bodies concerned with risk management and civil emergency planning, planning for a pandemic, public health services and economic planning.

As of 21 July 2022, Module 1 is now open and the first preliminary hearing is expected to take place in September this year, with full public hearings to start in Spring 2023. The Inquiry also plans to open Module 2 in late August of this year, hold the first preliminary hearings in the Autumn and the public hearings in the Summer of 2023, with Modules 2A, 2B and 2C to take place thereafter.

As we expected in our last update, the Inquiry is now inviting applications for "Core Participant" status but for Module 1 only.  Invitations to apply will be on a per module (or part of a module) basis rather than for the Inquiry as a whole, although applicants may apply to be designated (and may become) Core Participants in more than one module. The deadline for applications to be received in respect of Module 1 is 16 August 2022.

The role of a Core Participant is distinct from that of a witness. It is not defined in either of the Inquiries Act 2005 or the Inquiry Rules 2006, but it is generally understood to be someone who will play a key role during the Inquiry process.  Individuals, organisations and groups who have played, or may have played, a direct and significant role in relation to the matters to which Module 1 relates, have a significant interest in those matters or may be subject to criticism during the proceedings should consider an application for Core Participant status, especially those which receive a Rule 9 request (a request by the Inquiry for written evidence on specific matters) and where there may be reputational or other concerns. Being a Core Participant will, amongst other things, give them a right to participate in the Inquiry, including having access to disclosure of evidence relevant to their role, having the opportunity to make opening and closing statements at any hearing and having the opportunity to suggest lines of questioning to be pursued by Counsel to the Inquiry.

It is not necessary for those who share their experiences through the Inquiry's listening exercise to be designated as Core Participants.

The Inquiry is due to publish more information about the later modules in the coming months though it is expected that these are likely to cover "system" and "impact" issues across the UK. This will include vaccines, therapeutics and anti-viral treatment across the UK, the care sector, Government procurement and PPE, testing and tracing, Government business and financial responses across the UK. This will also address the impact on business sectors, health inequalities and the impact of Covid-19, education and children and young persons and the impact of Covid-19 on public services and on other public sectors.

We will continue to monitor the progress of the Inquiry and will provide regular updates. If you are considering Core Participant status and want to be involved in the Inquiry, please contact us.