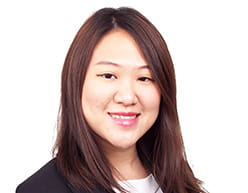 The special purpose acquisition company (SPAC) snowballed into a frenzy in 2020, with a reported total of 248 SPAC listings in the US, raising more than $83 billion in gross proceeds. The number of US SPAC listings more than doubled in 2021.  The 2020 SPAC avalanche propelled major Asian financial hubs such as Singapore and Hong Kong to introduce their own SPAC regimes. Notably, South East Asian food hailing company Grab Holdings completed the largest ever SPAC merger in the world at the end of 2021, valued at nearly $40 billion.

In jurisdictions like the UK and Malaysia, the SPAC model is not a novelty.  Even so, the 2020 SPAC boom has yet to impact these jurisdictions to the same extent as its major financial rivals.  Recognising this, the UK's watchdog regulator, the Financial Conduct Authority, published a list of relaxations to the UK listing rules applicable to SPACs (UK Listing Rule Changes) last July in an effort to attract more SPAC listings into London. Malaysia's Securities Commission too, moved to revamp its SPAC framework in keeping it competitive and up to date.

What makes a SPAC?

SPACs are blank cheque companies with no existing business operations or assets, set up for the purpose of conducting an acquisition. A SPAC raises funds through an initial public offering (IPO) of its units (typically shares and warrants) and lists with the objective of utilising the funds raised to acquire a target private company or companies in a targeted sector. Sponsors of SPACs, often well-connected persons with expertise in specific sectors, target a suitable acquisition within a specified timeframe. The SPAC transitions from a shell to an operating business and effectively 'de-SPACs' once the target acquisition completes and the operating business successfully lists on the stock exchange.  In this article we digest some of the key ingredients to a SPAC which has made it that much more palatable in recent times.

8+ weeks in the oven

A SPAC deal bypasses the traditional IPO route and typically enables the target company to list at a reduced timeframe.  A traditional IPO is commonly associated with high levels of regulation and the drawn-out process is considered by some as just another stumbling block in taking a company public quickly and efficiently.  A SPAC listing has been known to complete as quickly as 8 weeks, providing quick capital influx and access to funds as compared to the traditional IPO route. It is no surprise that this alternative liquidity model has soared on the attractiveness scale, notably throughout 2020 in an environment of global market volatility brought about by COVID-19.

As the SPAC does not itself carry out business operations, disclosures in the offering document for a SPAC's listing would not typically contain the level of operating track record or financial information generally expected to be seen in a traditional prospectus for a traditional IPO. No particular target company would have been identified at the outset and the investment strategy of a SPAC in its prospectus may broadly cover the industry or the sector in which the SPAC would invest, with details or risk factors typically far less granular than if a clear business plan was known at the time of listing.  Track record of sponsors is often a key element of disclosure in attracting strong investor interests. This is not to say that disclosure remains light all through the transaction.  In the UK, increased and specific disclosures would be made once the target is identified and on conclusion of any acquisition, on an ongoing basis.

A traditional IPO involves book-building to line up potential investors, with a certain degree of uncertainty as to unit pricing and pressures on investment bankers to 'price it right', dependent on market factors. With a SPAC deal, sponsors of the SPAC and the target company typically negotiate the acquisition price in private which affords the potential for higher valuations.   A target wishing to go public is afforded a greater degree of certainty as to the funds flowing into it without needing to depend on underwriters, at added costs to boot.  The target ultimately lists whilst avoiding an IPO altogether.

A SPAC deal opens up to retail investors the opportunity to co-invest in certain high growth sectors alongside high profile sponsors, which traditionally, may only have been made available to early-stage investors. Technology companies and start-ups are common targets for SPAC deals as they may not necessarily have the track record to undertake a traditional listing. The SPAC model contributes to increased democratisation of the markets and encourages diversification in the sources of funding for companies looking to go public.

In the UK, a deterrent to the mushrooming of the SPAC has largely been the suspension of trading once an acquisition is announced. A suspension would in effect lock investors into their investments (which can be for a significant period) until such time as the SPAC publishes the necessary information for the market to access the SPAC's financial position.  Recognising this as a deterrent, the UK Listing Rule Changes now allow for the suspension to be disapplied so long as the SPAC satisfies certain conditions. These conditions are investor-friendly protections such as the requirement that funds raised be ringfenced by an independent third party to be used only to fund an acquisition or returned to investors.  The SPAC must also grant investors the option to redeem their units prior to the completion of an acquisition, allowing disapproving investors the right to exit upon learning of the terms of the acquisition.  Other conditions include the requirement for shareholders' approval for any acquisition (sponsors, founders and directors are excluded from voting) and time limits on completing an acquisition.

In Malaysia, the Equity Guidelines which govern the SPAC framework have been revised to now reflect, among others, the ability for SPACs to obtain additional financing for the acquisition through private placements, a reduction in the threshold of shareholders' approval required for an acquisition from 75% to a simple majority and a reduction in the minimum amount of funds required to be raised by a SPAC from RM150 million to RM100 million, which accords with the minimum size requirements also applied in the UK.

Whilst the SPAC model appears saucy particularly in jurisdictions like the US, 2021 experienced a slowdown in SPAC activity following increased regulatory scrutiny.  On the flipside, amidst the more protectionist regulatory frameworks such as the UK, the SPAC boom has yet to take-off. With the liberalisation of the UK listing rules, there may well be an uptick in SPAC activity in London and we expect that high quality target companies may find themselves increasingly sought after by talented and experienced SPAC sponsors.  In Asia, the introduction of the SPAC regime in Singapore for example, has spurred the SPAC phenomenon coming into 2022, and the liberalisation of the Malaysian framework is a nod to increased efficiency and diversification of the capital market.  A successful SPAC deal requires careful navigation of the relevant issues, and the approach from a legal, structuring and regulatory perspective would differ from jurisdiction to jurisdiction. If you are interested in exploring this topic further, please get in touch with the authors.