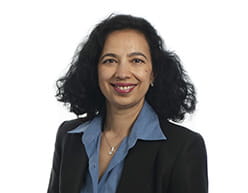 On 4 January 2022, the National Security and Investment Act 2021 (NSIA) came into force. The NSIA expands the Government's powers to scrutinise and intervene in certain acquisitions and investments on national security grounds. This is a common feature in other jurisdictions notably in the US.

Unusually, the NSIA has retrospective effect and it gives the Government power to review ("call-in") relevant transactions that completed after 11 November 2020 (the date of the National Security and Investment Bill) to ensure parties did not accelerate investments/acquisitions to avoid scrutiny. Importantly, it may also catch intra-group reorganisations or corporate restructurings in the relevant sectors even if the acquisition takes place within the same corporate group. It appears also to catch financing agreements where the funder takes or exercises security over shares in a company operating in a relevant field.

The NSIA replaces the national security provisions of the Government's previous powers of intervention under the Enterprise Act 2002 and enables the Department for Business, Energy and Industrial Strategy (BEIS), acting through the newly created Investment Security Unit (ISU), to review and intervene in transactions.

The NSIA creates a mandatory and a voluntary notification regime for certain categories of transaction or investment, supported by a "call-in" power. Both UK and foreign investors are caught.

The mandatory regime requires "qualifying transactions" to be notified for approval before they take place whilst the voluntary regime is available for parties who are concerned that an acquisition "may" give rise to a national security risk to file a voluntary notification.

A transaction is a "notifiable acquisition" and subject to the mandatory notification regime if:

There is no de minimis exemption.

If, as a result of the proposed acquisition, a party will gain control of a qualifying entity in the following situations, then a "trigger event" will occur:

The Government's view is that certain sectors of the economy are particularly susceptible to threats to national security. The 17 "high risk" sectors identified in the NSIA are:

The Notifiable Acquisitions Guidance on the Government's website provides detailed guidance and examples on how mandatory notification will apply to these sectors. Note that the rules and exemptions differ depending on which sector is involved.

We expect these categories to be updated from time to time.

In contrast to the mandatory notification regime, parties can choose to notify a deal voluntarily involving a sector outside of the 17 "high risk" categories above, or where a trigger event is in relation to a "qualifying asset", in circumstances where there is a perceived risk that the transaction may be called in for review as it poses a national security risk.

The trigger events for voluntary notification deals are the same as for mandatory deals with the addition of gaining "material influence" over a qualifying entity's policy. This is a broad concept capable of catching contractual veto rights relating to the conduct of the target's business. On an assets deal (such as the acquisition of real estate) the trigger event is if the investor is able to use, or direct or control the use, of the asset. The term "assets" is widely defined to include land, tangible moveable property plus ideas, information, or techniques with value (such as trade secrets, source code, algorithms, formulae, designs, plans, drawings and software). Foreign assets may also be qualifying assets if they are used in connection with activities carried on in the UK, or the supply of goods or services to persons in the UK.

If a voluntary notification is made, there is nothing to stop the parties from completing the transaction. However, most investors are unlikely to wish to proceed to completion without ISU clearance in case the transaction is called in for review, which could result in it being unwound.

BEIS may issue a call-in notice to review a transaction due to national security concerns irrespective of if it has already been notified.

BEIS can call-in a transaction which completed after 11 November 2020.

It can also call-in a transaction for up to six months after becoming aware of it provided it does so within five years of completion (this five year long-stop does not apply to deals requiring mandatory notification which can be called in at any time).

As a result, acquirers need to consider whether to submit a notice seeking prior authorisation from the ISU, before completing the transaction.

In exercising the call-in power, the Secretary of State will consider three factors:

If after being called in, the transaction is deemed a national security risk, necessary and proportionate remedies can be imposed under the NSIA for the purpose of preventing, remedying or mitigating that risk.

What is the clearance timetable?

What are the sanctions for breach?

If the parties fail to obtain approval of a transaction requiring mandatory notification:

The UK business community hopes that steps can be taken to avoid lengthy reviews and that the NSIA is not going to affect the UK's reputation as a business-friendly destination post-Brexit. Businesses and investors are encouraged to contact the ISU via investment.screening@beis.gov.uk for informal discussions prior to any formal notification, in the hope that the parties can agree clear steps to ensure compliance with the new regime.

BEIS has said that they will produce a review on the NSIA's first six months of operation and then produce an annual report on the NSIA setting out how many notifications and call-ins there have been.