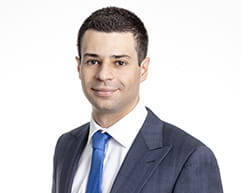 Dispute Resolution analysis: This Court of Appeal judgment provides helpful guidance on when an appeal court might be willing to impose conditions on an appeal in circumstances where the party seeking conditions did not request them at the permissions hearing. The Court of Appeal held that under CPR 52.18(1)(a) it may impose conditions where there is a compelling reason for doing so, which will usually require a material change in circumstances since the hearing at which permission to appeal was granted.

This case reiterates the approach that the appeal court will take when a respondent asks it to impose conditions on an appeal, such as an unless order requiring a payment into court as a condition of the appeal. The following four practical lessons can be drawn from this judgment:

• An appellant's failure to comply with the judgment at first instance is unlikely to be a sufficient change of circumstances. However, where an appellant flagrantly attempts to re-open, in a foreign court, a point which has been determined by the English court at first instance, that may constitute a significant change of circumstances which constitutes a compelling reason to impose a condition.

The respondent (De Havilland) had brought a claim against the appellant (SpiceJet) for sums due under an aircraft purchase agreement. On 23 February 2021, the High Court gave summary judgment for De Havilland, ordering SpiceJet to pay De Havilland liquidated damages in the sum of US$42,950,000 together with interest and costs. SpiceJet's defence that the liquidated damages amounted to an unlawful penalty was rejected.

On 23 March 2021, De Havilland applied to the Court of Appeal for an order that SpiceJet's appeal be struck out, pursuant to the court's powers under CPR 52.18(1)(a), unless the appellant pay into court the judgment sum (or such part of it as the court should determine).

In the interim, De Havilland issued a petition in the High Court of Delhi to enforce the judgment. SpiceJet filed a response which included a challenge to the judgment on grounds that the damages awarded were an unlawful penalty.

CPR 52.18(1)(c) gives the appeal court the power to impose conditions upon which an appeal can be brought, but it is subject to CPR 52.18(3), which prevents a party who was present at the permission hearing making a subsequent application to the Court of Appeal to impose a condition. The issue before the Court of Appeal was whether there was a compelling change of circumstances since the first instance hearing, sufficient to justify an unless order under CPR 52.18(1)(a).

The appeal court granted De Havilland's application and made an unless order requiring the sum of £5,000,000 to be paid into court, or otherwise the appeal would be struck out.

To reach this decision, the appeal court first considered whether it had jurisdiction to make the order being sought under CPR 52.18(1)(a) in a situation where the respondent had not asked for any conditions to be imposed when it had the opportunity to do so at the permission stage. Lord Justice Phillips, citing McCombe LJ's rationale from Morris v The Highland Group International [2016] EWCA Civ 1361 and guidance from Merchant International Company Limited v Natsionalna Aktsionerna Kompaniia Naftogaz Ukrainy [2016] EWCA Civ 710, concluded that the Court of Appeal retains jurisdiction to make an unless order under CPR 52.18(1)(a) where there is a compelling reason to do so.

This discretion should be exercised with care and having regard to the policy considerations identified by Longmore LJ in Spar Shipping v Grand China Logistics Holding (Group) Co Limited [2016] EWCA Civ 520, namely, that applications should be made to the judge so that he can have them in mind and an order can be made at a time when considerable sums of money and further time is not required to consider them. In most cases, the court will require that there be a material change in circumstances since the hearing at which permission to appeal was granted to justify re-opening the matter.

In applying these principles, SpiceJet's attempt, in the enforcement proceedings in Delhi, to re-open a point already rejected by the High Court was abusive and was a change in circumstances which constituted a compelling reason to make an unless order.

The appeal court briefly considered whether making such an order would stifle an arguable appeal, as per Lord Wilson JSC's principle from Goldtrail Travel Limited v Onur Air Tasimacilik AS [2017] UKSC 57. In contemplation of the prospects of success of its appeal being low, it was reasonable that SpiceJet should pay into court the sum £5,000,000 on unless terms.