Changing the way we prepare witness statements for trial, a sign of things to come? 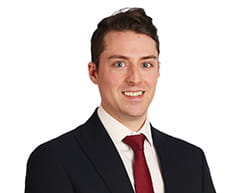 Those QHU readers who have been asked to prepare witness statements for trial, or who have assisted in their preparation, will be aware that it can be a daunting task, even more so, when considering the prospect of being called to give evidence in a court room. Here we examine the current procedure and how this is changing.

In an update to the Civil Procedure Rules, the blueprint for court procedure, the Business and Property Courts have issued a new Practice Direction 57AC (PD57AC) which changes the way trial witness statements are to be prepared and executed. The Business and Property Courts is the umbrella term for several of the specialist divisions and lists in the High Court, including the Commercial Court and the Technology and Construction Court.

PD57AC reminds us that the purpose of a trial witness statement is to set out in writing the evidence in chief that a witness of fact would give, if they were allowed to give oral evidence at trial without having provided a statement.  It should contain only evidence as to matters of fact, of which the witness has personal knowledge, that are relevant to the case and need to be proved at trial.  PD57AC highlights the need to differentiate between evidence and opinion or argument.

For parties more familiar with giving witness evidence, it might be helpful to prepare a first draft statement for review, in addition to giving an account of events over a call.

Witnesses can assist their legal representatives by gathering the relevant documents which relate to the claim, and which they will be making reference to in their statements, as early as possible in the process.

PDF57AC stresses that a witness should not exhibit documents to a statement which have already been disclosed in the proceedings and should only exhibit any new documents sparingly and so far as these are necessary to refresh the memory. Where possible, the witness should list the documents being referenced, rather than appending these documents in full to the witness statement. If documents disclosed elsewhere are to be referenced in a witness statement, these should be given a designation understood by the parties. 'EX1' might become 'the Section 21 Notice'.

When sharing documents with legal representatives, it saves time to eliminate duplications where possible and to share documents with intuitive file names or indexing. Documents can then be reviewed in the context of the witness statement and considered how to be presented most clearly to support the narrative. This will ensure the witness statement presents the most complete picture and is appropriately supported by the evidence which reduces the number of challenges that may be brought against a witness statement during proceedings.

PD57AC supplements the wording of the usual Statement of Truth with a 'Confirmation of Compliance' which rehearses the principles of the practice direction. To give a false statement can put the witness in contempt of court, which can have serious consequences for the claim and the witness. It is therefore important to carefully review the final statement and address any questions with your legal representative before signing the statement. PD57AC also introduces a 'Certificate of Compliance' which is to be signed by the legal representative to affirm that the witness has been properly advised and that the statement complies with the practice direction.

When does this apply?

PD57AC applies to trial witness statements signed on or after 6 April 2021 in both new and existing proceedings in the Business and Property Courts.  It will not have any immediate impact on the preparation of witness statements in other types of claims which are perhaps more familiar to the affordable housing sector (such as property possession claims, rent arrears claims or any building claims under a value of £75,000). However, the Business and Property Courts are often used as a test bed in preparation for more extensive roll outs, so we are likely to see the new measures being introduced into a wider range of cases in the future.

PD57AC does not inhibit the existing wide discretion of the courts to order for witness statements to be redrafted, struck out or only partly relied upon, or to have the witness give some or all of their evidence orally.  The changes introduced by PD57AC do offer a best practice approach and even in cases where the parties are not yet required to follow some of the specific changes, keeping to the spirit of the guidance will put you on the right footing and reduce the risk of adverse sanctions being imposed.

Witness statements are a tricky part of the litigation process with mistakes potentially costing the success of a claim. If PD57AC is a sign of things to come, there will be an even greater scrutiny by the courts on these important documents. Luckily, our experts at Trowers and Hamlins are on hand to help you navigate through these changes.