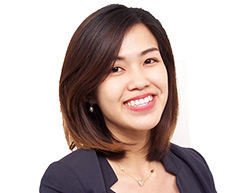 On 15 April 2021, the central bank of Malaysia, Bank Negara Malaysia (BNM), has issued new Foreign Exchange Notices (FX Notices) which take effect from the same date. The new FX Notices supersede the previous FX Notices that have been in effect since 30 April 2020.

BNM continues to maintain a liberal foreign exchange policy (FEP) in times of Covid-19, which are aimed at providing greater flexibilities to businesses as part of BNM's continued efforts to strengthen Malaysia’s position in the global supply chain and ensuring FEP continues to support the competitiveness of the Malaysian economy by facilitating a more conducive environment for domestic and cross-border economic activities in attracting foreign direct investment (FDI) into Malaysia.

In this article, we seek to highlight some of the key changes brought about by the new FX Notices.  It is not exhaustive.

Summary of Key Changes in the FX Notices

(b) the term "Exchange Rate Derivatives" is now refined to expressly include both conventional and Islamic derivatives;

(d) with respect to the definition of "Foreign Currency Asset Offshore":

(i) foreign currency-denominated assets mean both tangible and intangible assets;

Please note that all the capitalised terms used in this section have the same meanings assigned to them in the new FX Notices.

FX Notice 1 - Dealings in Currency, Gold And Other Precious Metals

There are no material changes in the new FX Notice 1.

We set out below some material amendments which are particularly remarkable:

(b) A non-resident continues to be allowed to borrow in Ringgit from a licensed onshore bank up to the amount of an overdraft facility (not exceeding two (2) business days and with no roll over option) to avoid settlement failure for purchase of shares or Ringgit instrument but it is refined and clarified in the new FX Notice 2 that such borrowing is for settlement failure for purchase of shares or Ringgit instrument traded on Bursa Malaysia or through RENTAS. In addition, the persons who are eligible to utilise the overdraft facility have been expanded to also include trust bank, international central securities depository acting on behalf of non-resident investor or a non-resident investor purchasing shares or Ringgit instrument mentioned above for its own account, from just a non-resident custodian bank or a stockbroking corporation as approved in the previous FX Notice 2.

(c) With this new FX Notice 2, a non-resident guarantor may make payment in Ringgit or foreign currency to a resident lender arising from a financial guarantee in Ringgit to secure a borrowing in Ringgit which is approved in accordance with FX Notice 2 or otherwise approved in writing by BNM.

There is no substantial amendment to FX Notice 3 except that in calculating the threshold amount that a resident individual, sole proprietorship, general partnership or a resident entity with domestic Ringgit borrowing, who is allowed to invest in foreign currency asset, the relevant party is required to also take into account the funds sourced from the aggregate of swapping of a Ringgit-denominated financial asset in Malaysia for a financial asset in Labuan entity, and not just the financial asset geographically located outside Malaysia.

In addition to the above, the following changes and practical implications in the new FX Notice 4 are particularly noteworthy:

(c) Similar to the above, the previous requirements, restrictions and conditions imposed on the sources and uses of foreign currency funds of a Trade FCA or investment foreign currency account of a resident no longer apply.

The new FX Notice 5 incorporates substantially the provisions of the previous FX Notice 5 and the drafting of the various provisions are much clearer. A material amendment in the new FX Notice 5 is that licensed onshore banks can now offer and transact ringgit-denominated interest rate or profit rate Islamic derivative with non-resident banks without any underlying commitment directly or through its appointed overseas offices.

There are no material changes in the new FX Notice 6.

In line with BNM's objective to strengthen Malaysia’s position in the global supply chain, the new FX Notice 7 gives Malaysian exporters (inclusive of individual, sole proprietorship and general partnership) greater flexibility in the treatment of their export proceeds. Some of the material amendments that are particularly noteworthy include:

(a) Resident exporters can extend the period for repatriation of full value of export proceeds either in Ringgit or foreign currency beyond 6 months (up to 24 months) from the date of shipment under exceptional circumstances listed below:

(i) the resident exporter has no control over the delay in receiving proceeds of export of goods which includes:

(3) restriction on foreign exchange transactions in the buyer’s country;

(4) quality and/or quantity claims; or

(ii) the resident exporter has exported goods on credit terms of up to 24 months from the date of shipment to the buyer for:

(2) goods that involve testing and commissioning.

While the previous 6-month rule remains in place, this flexibility eliminates the need for exporters to seek BNM’s approval in repatriating their export proceeds beyond the 6-month period for reasons discussed above. For other purposes, approval from BNM is still required. This flexibility is applicable for export shipment dated 15 October 2020 onwards.

The new FX Notices can be found here (https://www.bnm.gov.my/fep).

In addition to the new FX Notices, BNM has also issued 4 explanatory documents on the new FEP:

(a) Summary of key changes to Foreign Exchange Notices, issued on 15 April 2021;

(b) Frequently Asked Questions on Liberalisation of Foreign Exchange Policies (FEP) in April 2021, issued on 31 March 2021;

Throughout the years, Malaysia has always revised its FEP to befit its then economic conditions, by tightening the exchange controls in times of economic or financial crisis, and liberalising the controls gradually to support its growing economy. Since the emergence of Covid-19, the Malaysian government has unveiled a plethora of recovery measures to focus not only on the financial aspects but also on social safety nets, food security and education of the people such as the Economic Stimulus Package, the PRIHATIN package, the Additional PRIHATIN Package, the National Economic Recovery Plan and the Kita PRIHATIN Package to name a few which cost billions of Ringgit to weather the impact of Covid-19.

The recent changes in the new FX Notices irrefutably form part of the government's measures to support the economy recovery from the Covid-19 pandemic. The relaxation of control over repatriation and retention of export proceeds and flexibility for settlement of domestic trade in goods and services from the available foreign currency funds in the Trade FCA between Malaysians will expedite export, import and transit of goods. We hope that the Malaysian government's actions will yield positive results and be successful in supporting the global supply chain and attracting more FDI into Malaysia.