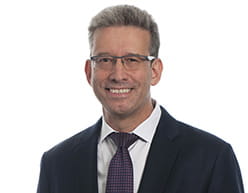 It depends on whether or not they are in between assignments when placed on furlough, but  note the two decisions mentioned below are only first instance employment tribunal decisions, so are not binding.

The Employment Tribunal held in D Perkins v The Best Connection Company Ltd that a furloughed agency worker had no right to accrued holiday pay.  The claimant, an agency worker, registered with the respondent in June 2019.  He worked on various assignments until the lockdown was announced in March 2020 and was furloughed from 11 May.  In the period between March and May 2020 the claimant did not work on any assignments.  On 20 July his furlough came to an end when he was offered, and accepted an assignment.

The claimant claimed for payment of holiday pay which he argued whilst furloughed.  The tribunal concluded he had no contractual right to holiday pay as his terms and conditions made it clear that he did not accrue any contractual entitlement to holiday when not on assignment.  It then looked at the statutory position under the Working Time Regulations 1998 and concluded that, as there was no contract subsisting between the parties when the claimant was not on assignment, he was only a worker (and entitled to accrue holiday pay) when actually working on an assignment.

Interestingly, another tribunal came to a different decision in K Healy v Start People Ltd, though the facts here were slightly different.  The claimant, another agency worker, was entitled to claim accrued holiday pay when she was furloughed.  She worked on a single assignment from when she started on 25 February 2020 until 24 March, when the end user client asked the respondent agency to furlough her as they wished to keep her services after lockdown had ended.  She resigned with effect from 31 July 2020 as she found other work. Although the respondent argued she was not entitled to be paid holiday pay between assignments, the tribunal found that the claimant's assignment with the end user client had not ended as she was placed on furlough and thus she accrued and was entitled to be paid for that holiday.