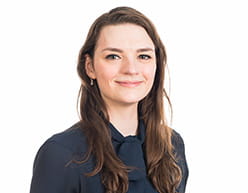 News reports suggested that British travellers were turned away from entering certain European countries in the first few days of 2021. Was this because of pandemic worries and the new strain of variant or because of Brexit?

Following the end of the Brexit transition period on 31 December 2020, British travellers are now classed as non-EU travellers and are therefore only allowed entry provided that their travel is for essential purposes, owing to lockdown restrictions imposed to seek to reduce the spread of the new variant of Covid-19. According to reports, some British travellers have been turned away from entering the Netherlands since 1 January this year as they were travelling for non-essential reasons with one traveller for example seeking to enter the Netherlands to take a connecting flight to Spain. These travellers were all turned back and forced to return to the UK.

British travellers have faced further problems attempting to travel to Spain, with reports of a group of British expatriates being prevented from boarding a flight to Spain from Heathrow Airport when two airlines claimed the group’s proof of residency documents were no longer valid following the end of the Brexit transition period. The group reportedly provided airport staff with their “green certificate” for EU citizens, which is a recognised certificate of residence in Spain, along with their application to the TIE, the group were told the documents were not sufficient, despite the Spanish Ministry of Foreign Affairs confirming that these documents would be accepted. The TIE is a new system Spain is rolling out to register permanent foreign residents. British expatriates should be advised that there is currently a backlog to apply to TIE due to a high volume of applications.

Notwithstanding immigration changes as a result of Brexit, allowing countries to impose restrictions on UK citizens seeking to enter the EU, entry requirements have become more restricted following the discovery of the new strain of coronavirus in the UK. Although France and other EU nations were encouraged to reopen their borders to British nationals on 23 December 2020, most EU countries are still only allowing travelling for essential reasons and requiring a negative Covid-19 test before travel.

The third national lockdown in England permits only international travel where there is a legally permitted reason to leave home and, in the event that travel is potentially permitted, then travellers are advised to check the latest Foreign, Commonwealth and Development Office (FCDO) advice.

The UK's departure from the EU has brought with it many uncertainties and one relevant to travel relates to the continuing validity of the European Health Insurance Card (EHIC). This was an arrangement between EU member states to provide reciprocal healthcare to citizens of other member states. It is suggested that the validity of an EHIC will be controlled by the expiry date on the card itself and in due course will be replaced by a 'global health insurance card' – a GHIC – but is this a misnomer? This "Global" card does not in fact presently cover even all the European countries covered by the old EHIC - neither a GHIC nor most EHICs will now cover you in Norway, Iceland, Liechtenstein or Switzerland.

All of these uncertainties emphasise the need for comprehensive travel insurance which should always be well researched and checked to ensure it provides adequate cover. Travelling against FCDO advice will often invalidate any travel insurance cover so the best advice to all travellers is that they should check policy terms and conditions both before booking a holiday and then again prior to travelling.

What consumer protection do I have when booking a holiday?

Saga and the Vaccination Certificate