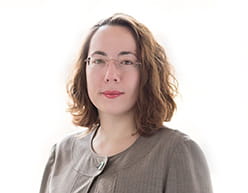 The recent decision in Prater Ltd v John Sisk and Son (Holdings) Ltd [2021] EWHC 1113 (TCC) focuses on enforcement proceedings, and The Technology and Construction Court (TCC) has reaffirmed some key principles in this area.

Sisk (contractor) engaged Prater (sub-contractor) for installation of cladding and roofing to an aircraft hangar under an NEC3 Engineering and Construction Subcontract where Option W2 applied. Several disputes arose, which were referred to adjudication. In adjudication 4, Prater was awarded £1.76 million.

Sisk failed to do this and so adjudication 2 remained binding. The TCC was clear that it is a well established principle that an earlier adjudication cannot be reopened in a subsequent adjudication. As a result, the TCC enforced the adjudication 4 decision.

As for Sisk's argument that adjudication 2 dealt with several different disputes, the TCC noted that the various issues forming part of the adjudication related to the determination of one single dispute. The single dispute related simply to the sum due from Sisk to Prater. The three separate issues (the correct sub-contract completion date, the status of certain provisional sums and Sisk’s claim to be entitled to deduct certain indirect losses) were held to be part of this one overarching dispute.

It is not unusual for contractors and sub-contractors to select parts of a larger claim and refer them to several adjudications. This is to obtain decisions on each of the elements separately rather than refer the entirety of the dispute to one adjudication. The reasons for this strategy include having a tool to push the other side into a settlement of the entire dispute or securing declarations to be later turned by way of further adjudication(s) into payment orders.

Multiple adjudications are not uncommon and the TCC has underscored that it is not opposed to this strategy. While this may mean that a party cherry picks elements of a dispute that are likely to obtain a favourable adjudication decision, since the other party can do the same in return then no one party should be disadvantaged by this.