Will I be able to have a hot summer holiday abroad this year? 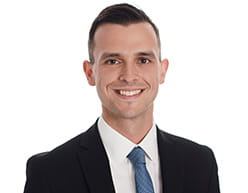 It is now well over 12 months since many of us were able to travel abroad, and now that we appear to have positive news stories regarding our vaccination system, people are asking whether there really is hope of a summer holiday abroad in 2021. And if there is hope, what will that holiday look like?

From 17 May 2021 the government plans to operate a "traffic light" system where countries will be designated green, amber or red. This will apply to all countries and individual islands, so for example Greek Islands such as Corfu and Crete will be looked at individually and separately from the Greek mainland.

This date, we are told, is the earliest date that international travel for holidays will be lawful. Once the traffic light system is launched the ban on non essential travel will be lifted.  An announcement on which countries will be given which status, at least at the start, is expected in early May.

Assessment will be done on a risk based approach and will depend on infection rates, variants of concerns and how that country or island has fared in terms of vaccine rollout, as well as that country's access to reliable data.

There will be different requirements for each of the green, amber and red grades, and it appears that even the lowest  risk or "green list countries" will require not only a pre departure test but a PCR test on return from holiday, and some countries being visited may also require additional testing dependent on their local requirements. The EU has suggested that a vaccination certificate may avoid the need for some tests in that EU country, but this remains unclear.

Travel to amber and red listed countries may be permitted but we expect travel to these countries will come with more stringent controls, including expensive hotel quarantine requirements for the red list countries.

Last summer when countries were switched suddenly from not requiring quarantine to requiring it there was much chaos and disruption, so we are told that to avoid similar this year the change in status will happen monthly rather than weekly.  But we must ask whether in practice will the Government not be prepared to make an urgent decision on travel to a particular country if circumstances in that country drastically change?  That seems unlikely.

There will also be a "green watchlist' so that travellers can see if a country is likely to change status from green to amber – but we have not been given details as to how that will work in practice.

And with the new system there will of course be costs consequences – these will alter as with the grading of each country but will include testing pre and post holiday,  the possible need to switch flights to avoid remaining in a country which has switched from green to amber for example, and for time to be spent in so called "quarantine hotels".

Current rumours are that Spain, Greece, Turkey and Cyprus will initially be placed on the amber list requiring quarantine at home on return to the UK as well as tests. Some countries with high vaccination rates and relatively low case numbers include the USA, UAE, Barbados, Morocco, Maldives, Seychelles, Grenada, St. Lucia and Antigua so we will look with interest as to whether these are placed in the green list.

There are certainly many unknowns and the potential for significant costs in this new traffic light system but it is clear that there is huge pent up demand for holidays abroad and so the new system must be seen as positive news for people hoping to travel.