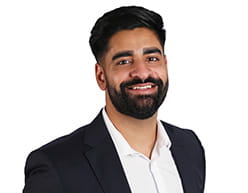 This week we report on the new prescribed form in connection with a section 21 notice for residential possession proceedings, the government's proposed Shared Ownership model and a recent case concerning a former guarantor's obligations to pay substantial sums due under a lease. Insight from our colleagues around the firm and the usual positive news (providing Covid escapism).

As we reported last week, from 29 August 2020 onwards landlords have to give tenants six months' notice of their intention to take possession proceedings, the aim of this being to support tenants over the winter months.

The Assured Tenancies and Agricultural Occupancies (Forms) (England) (Amendment) and Suspension (Coronavirus) Regulations 2020 provide for a new prescribed Form 6A for England (for a section 21 notice) to include the 6 month notice period. The form is available from the gov.uk website and must be used.

Unhelpfully, the Regulations did not come into effect until 2 September, some days after 29 August 2020, creating a couple of days worth of confusion and a legal grey area where a 6 month notice period was required but the prescribed form 6A (which must be used) stated 3 months' notice. It may not be long before the Courts consider a case where a tenant was served with a section 21 notice on 31 August or 1 September 2020.

On 8 September 2020 the Housing Secretary announced a new Shared Ownership model. Amongst other changes (e.g staircasing to be available in 1% increments), the most noteworthy development is that the Government proposes introducing a 10-year period for new shared owners where the landlord will cover the cost of any repairs and maintenance.

It remains to be seen how this will be funded, but if landlords of Shared Ownership leases are required to cover these costs without any additional financial assistance, landlords will need to be aware of what could be a large additional financial burden when assessing viability and tenure mix of new schemes.

The Government will be publishing a further technical consultation on the implementation of the new model of Shared Ownership in due course – which we will be keenly following.

In the meantime, the Housing Secretary's announcement can be read in full here.

Following the insolvency of both the outgoing tenant (HMV) and the current tenant (Forever21), the landlord, Prudential, served Section 17 notices (under section 17 of the Landlord and Tenant (Covenants) Act 1995 ("the Act") claiming the outstanding rent and service charges from EMI pursuant to the GAGA. EMI applied to Court for a declaration as to its liability under the GAGA, relying on the following four arguments:

None of these arguments succeeded. The Court did not accept EMI's interpretation of the contractual wording on (1) and (2) above and noted in any event that wording which offended the Act was to be severed only so far as necessary, allowing other obligations to survive (and indeed the lease also contained such a provision). It was further held that EMI's GAGA had been validly provided in accordance with section 24(2) of the Act:- the Act would only have been contravened if the terms of the AGA were such as not to release the guarantor to the same extent as the tenant, which was not the case. Lastly, the GAGA given by EMI remained valid as the lease explicitly provided that it was to survive the dissolution of HMV. This final point illustrates the importance of a well-drafted guarantee which anticipates future eventualities and ensures that, insofar as possible within the constraints of the Act, the guarantor's obligations survive.