RERA flexes its power in relation to non-compliant developers 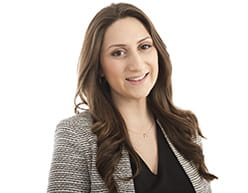 The Real Estate Regulatory Authority in Bahrain (RERA) has recently taken action against a high-profile development in Bahrain, suspending the licence of the developer for 3 months due to undisclosed violations of law 27 of 2017 promulgating the Real Estate Sector Regulation Law (the Real Estate Law).

This is the first major case since the establishment of RERA in 2018 where the authority has used its powers against a developer. It is a significant step in RERA demonstrating the extent of its powers and showing the real estate sector in Bahrain that non-compliance with the Real Estate Law will be taken seriously.

One of the main aims of the Real Estate Law is to protect buyers and end-users of off-plan projects. This is reflected in RERA's recent decision to suspend the developer's licence which was taken, according to RERA, to protect the buyers' funds accumulated for the project. In this article, we review the powers that RERA has at its disposal to take action when violations are discovered.

RERA is able to initiate an investigation where there is reason to believe a violation of the provisions of the Real Estate Law has occurred. RERA may have suspicions about a developer either through receiving complaints or through its own investigations.

Under the Real Estate Law, when a violation is discovered, RERA must order the violator to cease its activities and remedy the effects of the violation. This should be done immediately or within the time limit given by RERA. If the developer fails to cooperate, RERA can undertake one of the following measures:

When deciding the severity of the fine, there are certain factors that RERA should consider. For example, the scale of the violation, the level of cooperation shown by the developer and the damages suffered by third parties are all issues that RERA will wish to review.

If the investigation against a violator also reveals the possibility of a criminal offence, all documents should be handed over to the public prosecution.

It appears that, in the present case, RERA considered the recent violations required an urgent response. The Real Estate Law sets out that where a licenced developer's continuing conduct may lead to damaging consequences that will not be capable of being remedied and if the situation is urgent, the following measures can be taken:

A 3 month suspension was the order that RERA gave in the recent case. Such a suspension should be given only after allowing the relevant parties to present their views and submit any documents or evidence in defence of their position. It is not clear at this stage what evidence or pleas the suspended developer has provided to RERA. However, we note that RERA has directed the necessary legal procedures to be taken against the suspended developer which indicates that there has been no remedy of the violations as yet.

According to some reports, buyers of units at the development have been querying whether payments are still due to the developer during the suspension period. RERA has not made any statement in this regard but from our interpretation of what would be implied by the spirit of the of the Real Estate Law, a suspension of a developer's licence should also entail a suspension of all its related activities including its ability to collect payments from buyers.

While we continue to monitor the news in relation to this suspension, it serves as a stark reminder to all developers that RERA is willing to exercise its powers strictly to ensure compliance. The potential effects of a suspension both on the reputation of a developer and on the progress of its development are not to be taken lightly. This can often go beyond the effect on buyers to issues like the developer's contractual position with contractors and consultants.

Our real estate team is available to provide advice to both developers and buyers on their rights and obligations in respect of real estate developments in Bahrain. We have extensive experience working with both RERA and developers on a range of issues relating to the Real Estate Law including obtaining development licences, drafting compliant sales documentation and the formation and implementation of owners' unions and community management regimes.