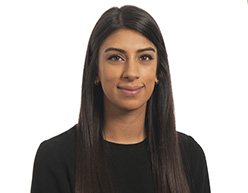 In this week's update, we outline recent cases involving a disputed tenant's break and a residential possession order. We also mention the ongoing Civil Justice Council survey around Pre-Action Protocols, which encourages a response from all court users. To lift spirits as we go into Lockdown, The Sequel, you will also find some good news stories.

This recent case highlights the potential ambiguities around tenant lease breaks that require vacant possession to be given in order for the break to be effective. Global Radio Services Limited had a conditional right to break its lease which, among other things, was subject to a condition that it gave 'vacant possession of the Premises to the Landlord on the relevant Tenant's Break Date'.

The tenant gave notice to terminate the Lease and commenced dilapidations works, including the removal of various features of the property and/or landlord fixtures including ceiling grids and tiles, fire barriers, floor finishes window sills, lighting, radiators and heating pipework and so on, but had not yet started replacement and making good. Works then stopped while the parties attempted to negotiate a financial settlement in lieu of the remaining works. Agreement was not reached, and the tenant vacated the Premises without reinstating the elements and fixtures it had removed.

The first question was whether the landlord should be estopped from relying on the alleged failure to deliver up the Premises with vacant possession on the basis that works stopped by agreement during negotiations. The Judge held that while there were discussions about a temporary stop to the works, there was no agreement and therefore no estoppel.

The second and main question coming before the court was whether the tenant had complied with the break condition to give 'vacant possession' of the 'Premises'. Capitol Park Leeds Plc argued that it had not, and sought a declaration that the lease continued.

The Premises was a defined term including the existing building and all fixtures and fittings whenever fixed. The tenant, acknowledging possible liability for dilapidations, argued that it had complied with the break condition; vacant possession did not require an assessment of the physical condition of the property but instead the ordinary meaning of the words 'the Premises' meant the Premises as they may be from time to time. The Judge held that "By including the words “all fixtures and fittings at the Premises whenever fixed (except Tenant’s fixtures)” and “all additions and improvements made to the Premises”, the Claimant was ensuring that a Tenant exercising its Break Option could not do so by handing back an empty shell of a building which was dysfunctional and unoccupiable". He accordingly held that the tenant had failed to deliver up "the Premises" as defined under the Lease and had not therefore given vacant possession.

Permission to appeal to the Court of Appeal has been granted.

The Civil Procedure Rules contain no less than 17 pre action protocols (PAPs) for different types of claims. Those relevant to property litigation include the Dilapidations Protocol, the PAP for Possession Claims by Social Landlords, the PAP for Housing Conditions Claims and the "catch all" Practice Direction for Pre Action Conduct and Protocols, which should be followed where there is no specific PAP to the type of claim in question.

There have been calls for a PAP for the private rented sector residential. Indeed, Robert Jenrick announced in May of this year that this would be put in place when the "eviction ban" came to an end. However, following the introduction of Practice Direction 55C and the need for Reactivation Notices for claims stayed due to coronavirus, this has not yet been progressed.

The Civil Justice Council has now launched a review of the PAPs and has opened a survey to obtain views from interested parties. A link can be found here.

The CJC states that the survey is intended for lawyers and non-lawyers alike and is "designed as a preliminary fact-finding exercise, to gauge the views of litigants, lawyers and the judiciary about the utility and fairness of PAPs".

This is a detailed survey containing 32 questions about the effectiveness of the PAPs as currently drafted and the possibility of reform. It is open until Friday 18 December 2020.

This case considered whether a notice seeking possession under section 8 of the Housing Act 1988, which relied upon grounds 8, 10 and 11 (grounds related to rent arrears and the tenant's rent payment history), was valid. The landlord served a notice that was signed and dated by her agent and contained the name and contact details of her agent only.

In May 2019 the landlord commenced possession proceedings and was granted a possession order. At the appeal hearing the tenant argued the following points and the Circuit Judge allowed appeal:

The tenant appealed to the Court of Appeal on grounds 2 and 3 and the claim was dismissed on both grounds. It was held that a section 8 notice based on rent arrears is not a demand for rent within section 47 and therefore section 47 did not apply, and that it is not necessary to give the landlord's name and address (provided that the agent's name and address are given).

However the case is currently awaiting trial in the county court on issues that include who the correct landlord is; which therefore could yet overturn the possession order.

Insights from across the firm