Digitalisation of the planning system 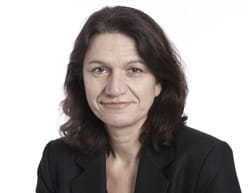 ​​This summer the Government launched a White Paper titled Planning for the Future consulting on a package of reforms to streamline and modernise the planning system in England. The proposed reforms are wide ranging and in some respects radical.  The White Paper describes the existing planning system as "outdated", "ineffective" and a "relic from the middle of the 20th century" which is blamed for the failure to build sufficient homes in the right places.

The reforms aim to replace the current system with a simpler, clearer and faster system. At the same time the Government is promising to maintain sustainability standards and environmental protections whilst also placing greater emphasis on beautiful design. Many aspects of the White Paper have been met with strong objection but one aspect has been widely welcomed is the drive to modernise and digitalise the planning system.

The Government's other stated objective of creating simplicity is, in some respects at odds with a move towards a rules based system, which will require quite detailed planning rules to be drawn up. A clear example of the complexity of a rules based system can be seen in some of the new permitted development rights for residential development (and which may have a greater role to play under the reforms), which contains large swathes of conditions and limitations.

The Government considers that technology is key to implementing this new system effectively, moving from "a process based on documents to a process driven by data". The White Paper lauds the potential for automation and PropTech to resolve the complexities of the existing system. Digitalisation on a national scale is crucial to this aspiration. Local authorities will be required to roll out new systems and software on unprecedented scale. Local Plans will be shorter and map based, consultations will take place on accessible web based platforms and the public will interface via interactive data rich maps at the swipe of a touchscreen.

With a rules based system it is feasible that PropTech companies will be able to devise applications that will determine whether a proposal complies with the planning rules. Indeed, applications could be devised which assist in the design process, so that schemes can be designed in an optimum way and within the constraints of the rules.

Effective use of PropTech, touch screen technology and interactive 3D mapping undoubtedly has the potential to make the planning system more transparent and accessible to the public, particularly to demographics that are currently under represented within the system. However technology alone cannot make planning more accessible or more efficient - a system will only be as good as the information that goes into it. Those working within the system have a responsibility to ensure that the information presented is clear, accurate and jargon free. A significant challenge for the Government is ensuring that local authorities are sufficiently well resourced both to implement the digitalisation, but also then to maintain the system with accurate, up-to-date information in the years to come.

The Government aims to implement the reforms by 2024. Whilst some technology may be capable of fast rollout, implementing entirely new systems in every local authority will take significant resources. In practice a full digitisation of the system is likely to be a longer term aspiration. The reforms will also need to address the existing disparity between the resources available in different local authority areas. The White Paper does not discuss how to ensure that the proposals are implemented evenly, to ensure that all areas have access to the same quality technology. Addressing this issue may require a nationwide approach, as relying on individual authorities to implement their own programmes risks exacerbating the existing 'post-code lottery' and inconsistency of decision making.

Whilst developers will be able to turn to lawyers and architects to understand and design schemes based on even the most complex set of planning rules, the success of the Government's agenda will be significantly enhanced if technological solutions can be devised to navigate what could be a complex set of rules within a zonal planning system. The ability of technology to convert intricate rules into beautiful schemes is a real challenge both for rule makers, designers and the PropTech sector.