Requirements for Valuers in Bahrain 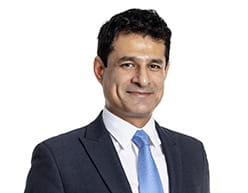 Since its incorporation, The Real Estate Authority (RERA) of Bahrain has published a number of resolutions to govern the Real Estate Sector and its various stakeholders.  The initial set of resolutions dealt with the off-plan real estate market and further resolutions have covered areas such as property managers, brokerage and valuations.

Resolution 2 of 2019 - On the Licenses of Appraisers in the Real Sector (Resolution 2) is now passed its first anniversary and this article gives a brief reminder of the requirements of
Valuers.

Resolution 2 prevents an individual or legal person from undertaking any real estate valuations without first being licensed by RERA (RERA License).  An application is required to be submitted to RERA with the requirements including the applicant's CR, identification and if a natural person, evidence of being of good character. Once obtained a RERA License classifies valuers into different categories (Categories) dependent on the relevant experience of the valuer and also imposes requirements for obtaining adequate professional indemnity insurance and the successful completion of the continuous vocational education courses approved by RERA or evidence of a similar qualification.

The allocation of the different Categories afforded to valuers regulates the type of valuation which may be undertaken by a valuer, for example limiting valuations to the residential sector only and also providing a cap on the value of the property which a valuer can appraise.  The Categories range from A to D, with Category A being the highest category allowing the holder to undertake valuations of all asset classes and also to conduct a supervisory role for valuers in the lesser Categories.  A RERA License is valid for a period of 12 months and upon each renewal the licensee is required to provide RERA (in a form prepared by RERA) a report including details of all valuations undertaken during the previous 12 months.  RERA have the ability to cancel a RERA License, should amongst other things its holder become bankrupt or does not comply with the requirements of Resolution 2.  Resolution 2 also places obligations on a valuer to maintain records, act impartially, keep RERA updated on any relevant changes to the valuers details as such details are required by RERA to maintain a public record of all appropriately licensed valuers.

Coupled with the requirements of valuers pursuant to Resolution 2, RERA recently introduced a new real estate valuation system know as the Bahrain Valuation Standards (BVS)) and the Bahrain Property Measurement Standard (BPMS).  The BVS has been adopted based on international standards and best practice and which have been prepared in collaboration with the International Valuation Standards Council (IVSC) and the Royal Society of Chartered Surveyors (RICS) and the BPMS has been established with assistance from RICS.  The intention of the BVS and BPMS is to bring a previously lacking consistency to valuation and measurement practices in Bahrain by raising the levels of accuracy and transparency in the real estate market.

The BVS fully adopts and implements the International Valuation Standards (IVS) and set out the general principles for Valuers following BVS regarding objectivity, judgement, competence and acceptable departures from the IVS.  The BVS adopts a framework which includes a list of aims and scope.

When a statement is made that the valuation has been undertaken in accordance with the BVS it must have complied with all relevant standards issued by the relevant Competent Authority and the International Valuations Standards Council (IVSC). Valuers should note where the BVS are silent on a matter the IVS should be referred to and where there is contradiction between the BVS and IVS, the BVS will prevail.  The BVS are arranged into two sections being the BVS Framework which include the general principles for Valuers and the BVS General Standards, these include the standards required by RERA in relation to the conduct of all valuations including establishing the terms of valuation, bases of valuation, approaches to valuation and methods. The standards are designed to be followed in conjunction with the IVS and applicable to the valuations of all asset classes and for any valuation purpose.

The establishment of RERA and the introduction of the BVS and BPMS continue to bring an international standard to the Kingdom of Bahrain which will benefit all stakeholders, bring confidence in the market and ultimately encourage direct investment into the Real Estate Sector.