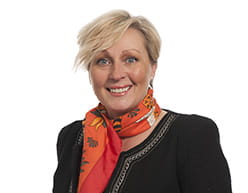 As the world moves into the state of dealing with a pandemic, we are seeing more clients concerned about how the spread of coronavirus may impact their ability to continue their business. Specifically there have been concerns about the ability to 1) have deeds executed, and 2) hold trustee meetings. The following note is drafted assuming that the client is a charity.

All options are subject to compliance with the governing document of the charity and these must be checked carefully as not all of the options may be available, particularly where operating under an older governing document.  Even where a governing document does permit, any revised arrangements will require suitable trustee authorisation and it may be necessary to provide evidence of this to relevant third parties.

For some charities it is proving difficult to comply with the usual mechanisms that they use to execute contracts and other documents.  This is particularly true in relation to documents that need to be executed as deeds.

How a charity executes a deed will depend on how it is structured. For unincorporated charities it is necessary for all trustees to execute a deed unless an authorisation under s333 of the Charities Act 2011 has been given to authorise two trustees to execute on behalf of all.

Dealing with the seal first, where one is used this must be applied physically and then attested by one or more authorised persons. As more people are forced to self-isolate, it may not be possible to have the correct people available to attest a physical seal. So what are the other options?

Unfortunately there is not a generally recognised acceptance of the ability to use an electronic seal. Although we may see changes in the future that allow this, for the time being it is still necessary to apply a physical seal and attest it in person.

It may be possible to 'pre-emboss' seal wafers, but again this presents additional fraud risks as the physical control over the seal and what it is applied to has traditionally operated to help control the execution of documents.

Reduce the requirement to a single signatory?

Most clients have the power in their governing document to authorise the seal to be attested by only one signatory.  The typical choice to require two is a fraud and risk management mechanism.  Where a governing document permits, clients may reduce the requirement to a single signature supplemented by some additional alternative authorisation steps such as email or other electronic affirmation of the decision to execute.

If clients do not currently have a deputy secretary, this may be an appropriate time to consider making such an appointment.

As mentioned, a seal is not the only way a charity can execute a deed. A deed can be executed by having two trustees sign the deed in the case of a charitable company or CIO, or additionally for a charitable company by having one trustee and the company secretary or one trustee and a witness sign the deed.
Although these alternatives must involve the trustees in the execution of the deed, the benefit is that the signatures can be electronic. This includes signing documents using software such as DocuSign.

Although a deed can legally be executed in these alternative ways by signing electronically, some bodies do still require a 'wet' signature.

For example, the Land Registry has until now required 'wet' signatures and would not accept documents executed electronically.  However, the Land Registry has now published revisions to its Practical Guide 8 which now states that it will accept "Mercury signatures" until further notice. In effect this allows an organisation to print just the signature page, sign just that page and then scan it and combine it to the deed as a single electronic document. Whilst this will still require a physical signature on the signature page, it does avoid the need for having to print the entire document which will avoid some bulk printing which we know is an issue in the current climate.

An additional solution, and one that can be used in combination with the above provided the charity constitution permits its use, is the use of a power of attorney. Under a power of attorney an individual or a corporate body (such as a charitable company or CIO) can grant a power to a person or specified people to allow them to execute documents on their behalf.

A power of attorney could extend to authorisation of another corporate body such as a firm of solicitors.

A power of attorney does though itself need to be executed as a deed if authorising execution of deeds. Therefore clients will need to put this in place before any difficulties with executing deeds start to arise.

Any power of attorney should be accompanied with suitable authorisation mechanisms.

Charities may be concerned about their ability to hold board meetings or take decisions as more people are forced to self-isolate and now that social interaction is discouraged.

The first thing to do is to check your governing document to see whether it permits the holding of meetings by electronic means. Assuming that they do, you can choose to hold a meeting by, for example, a video or telephone conferencing facility that allows all the participants to talk to one another. Although the ability to hold meetings electronically is a common provision in newer governing documents, some of the older versions (particularly historic trust deeds) may not allow this. The Charity Commission has produced guidance for charities relating to Covid-19 which states that even where there is no such clause in your governing document it will nevertheless understand if charities decide to hold meetings electronically. However the guidance states that charities should record this decision to demonstrate good governance of your charity.  Even with such a message from the Commission, charities will need to consider whether such a position creates additional risks for the charity and whether it is possible to address these risks appropriately.

Additionally, for companies there is some helpful case law relating to the taking of decisions by unanimous decision outside of a meeting.

Early consideration should be given to whether there are appropriate mechanisms in place to allow meetings to take place and resolutions in writing to be passed electronically.

In thinking about the process for producing and filing accounts and annual returns for 31 March 2020 charities are not only grappling with problematic assets and liabilities (e.g. pensions) and potential auditors' statements in their reports, but also with some out of date provisions in governing documents relating to AGMs.

There is no statutory requirement for a company or registered society to hold an AGM at all, but older governing documents often require one to be held and for the accounts to be laid before the AGM as part of the annual report. Worse, the wording of some governing documents requires at least some of the members to be present "in person" and makes no provision for the remainder to attend through electronic means such as a telephone conference or video conferencing app only for proxies. Even with the lockdown being partially eased it is still quite likely that the holding of a traditional AGM with the members present "in person" will not be compliant with the government guidance on social distancing by the time that the AGM needs to be held.

In order to address this, The Corporate Insolvency and Governing Act 2020 was introduced which allows certain corporate bodies to hold meetings fully electronically during a certain period (currently extended to 31st Match 2021). Charities may also want to amend their rules or articles of association to enable meetings to be held in a more modern manner after that period expires.

Many charities that have restricted their membership to the current board members have gone further than this by removing the requirement to hold an AGM altogether.

Of course, any such constitutional changes will themselves take time to come into effect and will need sufficient support from the membership. In the current environment we expect charity members to be open to modernisation of these provisions and they may even be open to a wider updating of provisions in the charity's governing document if any other changes are required.

In terms of filing requirements, as mentioned, the Charity Commission has published guidance for charities relating to Covid-19 stating that it understands that the current situation may impact on charities' ability to complete annual returns on time. It has asked that charities with imminent filing dates for whom this may be an issue email the Charity Commission to inform them of the any expected delay.

For charitable companies, Companies House has announced that companies are able to apply for a three month extension to their deadline for filing annual accounts in order to mitigate the possibility of fines for late filing caused by Covid-19. Our advice is that charities should apply to take advantage of that flexibility.

Whilst a key priority is going to be making sure that deeds can be executed for specific projects that are ongoing, consideration should also be given to the impact of Covid-19 on wider business operations.

It would now be an opportune time to review delegated authorities and consider whether bank mandates and contract expenditure thresholds should be reviewed or how appropriate emergency powers are in the current climate. Charities will not want to amend their requirements too flexibly to allow for easy fraud, but those requirements and thresholds must at least be kept under frequent review in light of the availability of key individuals during this time.