Battle of the fire doors 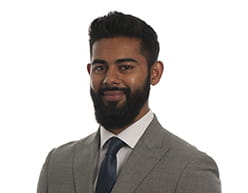 In light of the Grenfell Tower tragedy, the uncertainties of various provisions contained within the Regulatory Reform (Fire Safety) Order 2005 (FSO 2005) have been criticised. The Fire Safety Bill seeks to redress these, by clarifying certain responsibilities within the legislation.

More particularly, and for the purposes of this article, the Fire Safety Bill seeks to clarify that building owners and managers of multi-let residential blocks will be responsible for the front entrance doors that open onto the common parts. Given the serious issues highlighted by the Grenfell Tower tragedy, concerns have been levelled at the fire-retardant standards of front entrance doors in residential tower blocks across the country that may not be compliant with current fire regulatory standards. The current standard requires flat front doors to be minimum FD30-rated fire doors.

Whilst the Government seeks to make it clear that the front entrance door is the responsibility of the landlord/managing agent, the draft legislation fails to redress the dichotomy that exists between what a lease might say – or not and the practical aim of the legislation (the FSO 2005 and subsequently the Fire Safety Bill) to manage the spread of fire through a multi-let block.

From a landlord's perspective, its ability to change the front entrance doors of each and every flat within a residential block may be the preferred position. This would:

Unfortunately, the practical reality of doing this can be complicated and far from straight forward. Many residential leases are silent or ambiguous on the question of ownership of the front entrance door. There could also be situations where residential leases assign ownership to the tenant (either inadvertently due to poor drafting or intentionally) denying the landlord the ability to carry out front door improvement works, or requiring the tenant to do so.

Reviewing the terms of the particular lease
As touched on above, it is crucial to undertake a review of each lease within a residential block to check who really has ownership and/or repair/replacement obligations in relation to the front entrance door. Leases are not always clear and to make matters worse, you could be faced with issues of inconsistent terms/forms of leases entered into with different tenants in the same tower block.
Ambiguity leads to disputes, and disputes lead to potential litigation meaning that the courts will scrutinise and undertake a detailed analysis of the objective meaning of the particular clause(s) in question.

Fivaz v Marlborough Knightsbridge Management Ltd [2020] UKUT 138 (LC) (Fivaz)
This is the exact issue that arose in Fivaz which the Upper Tribunal (UT) decided on the 29 April 2020; timely considering the Fire Safety Bill was produced on the 19 March 2020. It is a particularly good example of the conflict that arises between the contractual (lease) provisions and the responsibility that statute (FSO 2005 / the provisions of the Fire Safety Bill) purportedly seek to impose on a landlord/managing agent in relation to front entrance doors of flats within a residential tower block.

The case concerned a tenant, Mr Fivaz who had two flats (and therefore two leases) in a residential block. Both leases were identical in all material respects, and were entered into in the 70s. The tenant replaced the front entrance doors for both flats in 2014, and the Landlord some 5 years later applied to the First Tier Tribunal (FTT) to make a decision as to whether the tenant had breached the terms of its lease by replacing the front door (it contended a landlord fixture) without its express written consent. The dispute between the parties (which was not considered by the FTT) revolved around the landlord undertaking a programme of extensive refurbishment works, which included replacing the front entrance doors for each flat, and then charging this under the service charge.

The questions to be decided here were whether the external doors were indeed a landlord fixture, and if so, whether there had been a breach of covenant by the tenant.

The FTT undertook a review of the lease provisions and held that the front entrance doors were indeed a landlord fixture, and as such, there was a breach of covenant. In doing so, the FTT's rationale was that a front entrance door could not be a chattel (it was attached to the building), and it did not stand on its own weight. It was therefore a fixture.

The Upper Tribunal (UT) allowed the appeal, and subsequently reversed the decision made by the FTT and held that the flat front door was not a landlord fixture. To make sense of the decision of the UT, it is important to review the following provisions from the leases in question:

In clause 3(4) of each lease, the tenant covenanted as follows:

“Not at any time during the said term to make any alterations in or additions to the Demised Premises or any part thereof or to cut maim alter or injure any of the walls or timbers thereof or to alter the internal arrangement thereof or to remove any of the landlords fixtures therefrom without first having made a written application (accompanied by all relevant plans and specifications) in respect thereof to the Lessors… and secondly having received written consent of the Lessors… thereto and paying the fees of the Lessor… and any Mortgagee and their respective professional advisers.”

"the Demised Premises" was defined as:

“All those rooms known as flat No. [120 or 131] on the first floor of Marlborough including one half part in depth of the structure between the floors thereof and the (ceilings of the flat) (basement) below and one half part of the structure between the ceilings thereof and the (floors of the flat) (structure) above as the same is shown edged red on the plan annexed hereto.
“NOTE: All walls except exterior walls in contact with the outside and walls wholly within the interior of the Demised Premises are party walls.”

The logic of the UT's decision can be broken down as follows:

Conclusion
In summary, whilst the Government seeks to clarify the responsibilities of a landlord/managing agent in relation to its fire safety obligations post-Grenfell, there is an apparent conflict with case law and it will boil down to what the lease provisions say. The Government has not addressed this conflict in the Fire Safety Bill.

The main take-away points from the above are as follows:

If you have a programme of works planned which involves replacing the front entrance doors of residential property (or indeed other apparent landlord fixtures within the common parts of a building), and are unsure of your position in light of the decision in Fivaz, please do get in touch as we would be happy to assist you.