What are for-profit registered providers? 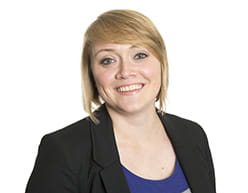 When the Housing and Regeneration Act 2008 (2008 Act) came into force, it allowed profit making organisations to be registered with the social housing regulator for the first time.

Take up was initially slow, and there are still only around 50 profit making entities on the register, compared with around 1350 non-profit private registered providers (RPs). However, we have seen the pace of for-profit registrations increase greatly over the last two years, with many developer and investor clients who are entering the social housing sector for the first time choosing to do so on a “for-profit” basis. We have previously written about the reasons for this increased interest in the social housing sector from new entrants, but what is a “for-profit” RP and how do they differ from “traditional” not-for-profit RPs?

The most obvious difference is the “for-profit” basis of operation. Most for-profit RPs are established as companies limited by shares and – critically – are permitted to distribute dividends to their shareholders. There are no limits on the level of dividends that can be declared, although the board of the RP must be sure that the RP is able to continue to discharge its landlord obligations and comply with the Regulator of Social Housing’s Regulatory Standards once the dividend has been paid.

“The Regulator has the power to transfer an RPs land when mismanagement is proven, but with for-profit RPs, this power only extends to its social housing and associated land.”

Unlike traditional RPs, for-profit providers are not required to notify the Regulator when they make certain changes to their constitution or organisational structure, nor when they dispose of any land which is not a dwelling.

As for the acquisition of stock by for-profit providers, they are generally able to take affordable housing dwellings which have been mandated by a section 106 planning requirement (as long as the definition of “RP” in the section 106 agreement does not define “RP” as being a not-forprofit organisation). A number of the new for-profit providers have business models predicated on the acquisition of section 106 stock, or retaining the planning mandated affordable units on schemes which they are developing.

While not necessarily the case for those new entrants from the wider residential development and build to rent sectors, many of the new entrants do not have established housing management platforms and have looked to the traditional RP sector to outsource day-to-day housing and tenancy management. This is the first noticeable way in which for-profit and traditional RPs have interacted, although we are starting to see joint ventures between forprofit and traditional providers, as well as the discussion of sales of stock between traditional and for-profit RPs.

There are understandable questions being asked about the role of the new for-profit providers.

“Are they generating additional affordable housing, or pricing the traditional providers out of the section 106 supply that some of them had come to rely on?”

Certainly, some new entrants have focused on section 106 acquisitions, but others have publicised development pipelines that if delivered, will see them at the top of the affordable housing development tables within their first 5 years of operation.