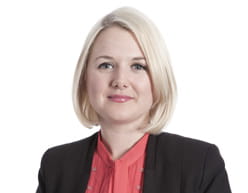 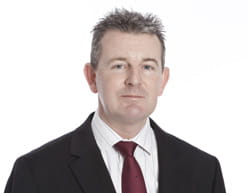 Further to our update last month - Coronavirus a force majeure event? - we have received many queries from clients in respect of their on-site and future construction contracts and what the position is in respect of delays or suspensions due to Covid-19 (or Coronavirus).

In this update we consider the current domestic situation and the position under the JCT and NEC forms of contract. As these forms are usually amended we would advise that you review your terms  carefully and seek legal advice before seeking to exercising any contractual right, especially suspension or termination, as cases may turn on particular drafting and circumstances.

Currently the government has advised:

Whilst, it has not, as yet, brought in any mandatory restrictions on the movement of people or enforced the closure of sites, such measures seem inevitable given the steps other countries have taken.

Even before such mandatory restrictions are undertaken the above measures are likely to create a shortage of labour and materials and this is only likely to worsen. Parties are therefore reviewing their contractual terms to see where the risk lies for these delays and whether works can be suspended (or terminated).

The JCT 2016 Design & Build standard form lists force majeure as a Relevant Event therefore enabling the Contractor to claim an extension of time, if it can show that works were delayed as a result of such an event. However, it is not a Relevant Matter and so the Contractor would not be able to claim loss and expense.

The issue is that the standard form does not define 'force majeure'. As advised in our last update:

"A force majeure clause relieves parties to a contract from their contractual obligations under certain extreme circumstances. Derived from the literal French translation for 'superior force', force majeure clauses are found in most commercial English law contracts but the term 'force majeure' does not actually have a recognised meaning under English law."

As such it will be construed in accordance with ordinary principles of contractual interpretation. Under the JCT it would  not include war, strikes, fire, weather or a change in law after the base date which directly affects the works, as these are covered separately. There is authority to say that an epidemic could be a case of force majeure. Furthermore, it is likely that a judge or adjudicator would have sympathy with a contractor seeking to rely on such a provision.  However, each case may be fact specific and dependent on current circumstances. The burden of proving force majeure, and that is has caused delays or the works to be suspended, will fall on the contractor as the  party seeking to rely on it.

If the government notifies mandatory restrictions on movement which causes delays to works then this would fall under the Relevant Event of a change of law, which would be more clear cut. However, again, this would not constitute a Relevant Matter so the Contractor would not be entitled to loss and expense.

The NEC4 Engineering and Construction form of contract doesn’t refer to 'force majeure' per se,  but it does refer to similar events. The event must be one that:

If those criteria are met, then the Contractor could be entitled to a compensation event (and so time and money) provided it follows the relevant contractual provisions for notifying to avoid the time bar provisions. Under the NEC the issue is therefore likely to be foreseeability, which may turn on the contract date. The assessment of that compensation event would be on the basis that the Contractor has mitigated the effects on the event.

The optional X2 clause (which is only included if selected by the parties) covers changes of law and so would cover the government notifying mandatory restrictions on movement brought in after the contract date.  Again this would give rise to a compensation event.

If a construction contract does not provide for force majeure (or any other avenue for claiming additional time or money) then parties may look to the doctrine of frustration. This allows a party to terminate a contract where an event which:

Given the severity of the remedy, courts impose a high bar in determining whether a contract has been frustrated. Courts will first try and find a remedy by applying the express terms of the contract before resorting to the doctrine of frustration. Parties therefore rarely succeed in claims for frustration.

- keep detailed records to substantiate or refute any claim; and

- be wary of termination triggers.

As the situation with Covid -19 is constantly changing we will keep this update under review and issue further updates in due course.