Webinar: Trowers Tuesdays - what does the new flexible furlough scheme mean for your employees? 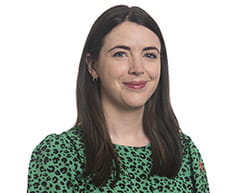 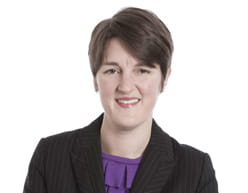 Our latest episode of Trowers Tuesdays sees Imogen Reseigh and Rebecca McGuirk discuss the government guidance on flexible furloughing, as well as talking about the practicalities of the scheme and how to make it work for you.

As the lockdown eases and the introduction of flexible furloughing approaches employers will be beginning to firm up their plans to start getting people back to work.
From 1 July part-time working will be allowed under the Coronavirus Job Retention Scheme enabling employers to bring their previously furloughed employees back to work on a flexible basis.

Watch the full webinar below or scroll down to our FAQs on flexible furloughing.

Guidance on how to flexibly furlough staff from 1 July under the Coronavirus Job Retention Scheme (CJRS) was issued on 12 June, and has most recently been updated on 1 July.  Rather unhelpfully this is in updated guidance form (rather than in new separate guidance), however, there is new guidance on how claims should be calculated going forward, as well as examples of how to calculate wages, NI and pension contributions.  In addition, a third Treasury Direction was published on 25 June.  This sets out in detail how to calculate the amounts that a flexibly furloughed employee will be entitled to.

To briefly recap, part-time working will be allowed under the CJRS, but employers will only be able to utilise this option for employees who have previously been furloughed for at least 3 consecutive weeks at any time between 1 March and 30 June.  This means that the last day an employee could have been furloughed for the first time was 10 June.

Employers will be able to bring these employees back to work for any amount of time and any shift pattern.  While the employer will still be able to claim under the CJRS for those employees' normal hours not worked, it will have to pay in full for any hours worked and will be responsible for the tax and NI contributions on that.  The scheme is due to end on 31 October.

It's worth noting that flexible furloughing is optional.  It will still be possible to fully furlough employees.  However, from 1 July the number of employees an employer can claim for in any one claim period cannot exceed the number of employees it claimed for under any claim up to 30 June.  For example, if two claims were submitted between 1 March and 30 June, the first for ten furloughed employees, and the second for thirty then from 1 July the maximum number of employees that can be furloughed in a single claim is thirty. There is one exception to this and that is those returning from statutory parental leave (see below).

What will happen to employers' costs?

From 1 July the government will pay 80% of wages up to cap of £2,500 for the hours an employee is furloughed plus employer NICs and pension contributions. This means that if someone is placed on furlough for 60% of their usual hours then the employer will only be able to claim for 60% of the grant.

From 1 August, the grant remains at 80% of wages up to a cap of £2,500 for the hours an employee is furloughed but employers will pay employer NICs and pension contributions.

From 1 September, the Government's contribution to the grant reduces to 70%, so a cap of £2,187.50 for the hours an employee is furloughed. Employers will pay employer NICs and pension contributions and they will have to top up wages to 80% or £2,500.

Remember that whilst an employee is furloughed they must receive 80% of wages up to the cap of £2,5000 (or a pro rata amount if not fully furloughed). Employers can also top up furloughed pay to 100% if they wish to.

Will there be any changes to the claims process?

Yes, for those staff whose furlough ended on or before 30 June there is no maximum length of claim period, but the employer must make its claims for this period by 31 July.

For those furloughed from 1 July the claim period must start and end within the same calendar month, and must be for at least 7 days unless the employer is claiming for the start or the end of the month.  Ideally employers should match the claim period to their payroll.  It is only possible to make one claim per period so everyone will need to be included even if they are paid at different times!

What happens when an employee who is furloughed in June continues to be furloughed full time in July?  As claims for any periods starting before 1 July must end on or before 30 June two separate claims will need to be submitted; one to cover the days in June and the other to cover the days in July that the employer wishes to claim for.  This is the case even if employees are furloughed continuously during this period.

If employees are only being furloughed on a part-time basis the employer will want to ensure that it is certain of the hours worked and on furlough before making the claim.  Given this, it is likely that most claims will be made retrospectively rather than in advance so there may be potential cash flow issues.

Can those returning from statutory parental leave after 10 June be flexibly furloughed?

Yes, it will be possible to furlough an employee returning from statutory parental leave after 10 June, even if they are being furloughed for the first time.  This is subject to the proviso that the employer has previously submitted a successful claim for any other employee for a 3 week period of furlough between 1 March and 30 June.  The employee returning from parental leave will need to have started their maternity, shared parental, adoption, paternity or parental bereavement leave before 10 June and to have returned from that leave after 10 June.  They will also need to have been on the employer's PAYE payroll on or before 19 March 2020.

An employee returning from statutory parental leave can be added to a furlough claim, even if that claim has already reached the maximum number of employees that the employer claimed for under any claim up to 30 June.

It's also worth noting that military reservists returning from work following a period of mobilisation after the cut off date of 10 June will also be eligible to be furloughed, subject to the same conditions as those returning from parental leave.

How will a flexible furlough agreement work?

As there is only a minimum requirement to claim for periods of a week at a time, the employer could enter into new agreements from week to week (for example 5 hours one week, 15 hours the next) provided it agreed that with the employee.  It will be possible to specify the work days or hours according to business needs, but an employer will need to obtain the employee's agreement to this.

What should flexibly furloughed staff be paid?

Staff working under flexible furlough arrangements will need to be paid whatever they would ordinarily be paid under their contract of employment.  The employer will be responsible for paying the tax and NICs on those sums.

The employer will then claim the CJRS grant for the remaining part of the employee's normal working hours when they are furloughed and not carrying out work.  The claim will be for a pro rata'd amount of 80% of salary, based on the proportion of hours not worked out of the normal working hours.

There is government guidance on how to work out an employee's normal working hours, and an online calculator for working out what an employer can claim for the period from 1 to 31 July has been published.  Although the amount that the employer receives from the CJRS grant is capped, it is still possible to top up for the furloughed hours if the employer wishes to do so.

Can the CJRS grant be used towards pay in lieu of notice or notice pay if the employer tops up the amount to 100%?

Although the employer can't use the CJRS to claim for PILON or for statutory redundancy payments, there is nothing to say that it can't use it to pay notice pay provided that the employee remains employed and furloughed throughout their notice period.  Having said that, it was not the purpose of the CJRS to pay employees' notice money and employers should consider the potential implications on their reputation if they use the scheme in this way.

What about holiday entitlement?

The government guidance (most recently updated on 1 July) makes it clear that for flexibly furloughed employees, any hours taken as holiday during the claim period should be counted as furloughed hours rather than working hours.  Employees should not be placed on furlough for a period just because they are on holiday for that period.  Holiday will be paid at the normal rate of pay (where the rate of pay varies the calculation will be on the basis of the average pay received by the employee in the previous 52 working weeks) and not at the furloughed rate so the employer will have to top up pay to 100%, though the employer will be able to restrict when leave can be taken provided there is a business need.

If an employee is brought back to work on a flexible furlough arrangement does this mean that it will no longer be possible to make them redundant?

It will depend on the reasons for the redundancy.  There may be genuine reasons to make redundancies despite the existence of the CJRS.  A business, or part of a business, may no longer be viable, even with the CJRS and the ability to flexibly furlough.  As government support tapers off we expect to see an increase in the number of businesses considering redundancies.  It may also be the case that a particular business function is no longer needed so the CJRS is only delaying the inevitable.

As a result of this it is likely that employers will be able to dismiss employees for redundancy during furlough, though the fairness of such a dismissal will depend on the circumstances and the employer will have to show that it has considered all alternatives to the redundancy.

The ability of an employer to furlough employees, either fully or flexibly, while the CJRS is in operation may affect the fairness of a dismissal for the purposes of an unfair dismissal claim.  If furloughing an employee is not going to cost an employer anything then there's an argument that it should not being making the employee redundant just yet.  However, that argument may be harder to run as employers are required to increase their financial contributions towards furloughed employees.

If an employee is made redundant while on furlough a tribunal may be more likely to find that a dismissal was unfair, but it doesn't necessarily follow that it will be.

Flexible furlough is a useful tool to enable employers to welcome employees back to work on a phased basis.  However, calculating the amounts due from the CJRS (especially as from September when the amounts begin tapering off) will, in some cases, be a rather time-consuming process, particularly where working arrangements are varying from week to week.  In addition, there's the need to agree each flexible furloughing arrangement in writing and to ensure that proper records are kept.

In the long run the benefits should outweigh the burdens though, and it is to be hoped that the ability to flexibly furlough will help employers get back on their feet in a manageable time-frame.

Redundancy and the use of competitive interview processes