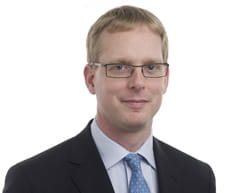 Ned Beale hosts a webinar on the Marex Financial Limited v Carlos Sevilleja Garcia case dealing with the application of the rule against reflective loss.

This case is the first time the highest appellate Court has been able to consider this rule since Johnson v Gore Wood (No. 1) in 2002. Since then, the rule has been strictly enforced by the Courts in multiple cases. This led to, as submitted by the All Party Parliamentary Group on Fair Business Banking, legitimate claims by owners, creditors and guarantors in circumstances of company insolvency facing legal obstacles, notably in cases where a creditor bank had caused substantial loss by giving negligent advice on investments such as interest rate swaps.

This webinar explores the rule, the judgment and its future implications, especially for shareholders, business owners, victims of fraud and those involved in company insolvencies.

Ned Beale is joined by a panel of legal experts:

Watch the full webinar below.

Is litigation funding the answer to improving your finances?

Agriculture & AgriTech in the Middle East: Growth Beyond COVID