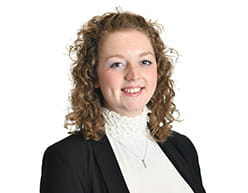 This week we provide a snapshot of the latest Law Commission reports on residential leasehold and commonhold, a recent case preventing discrimination by lettings agents and residential landlords against those receiving benefits and the Court's temporary measures for an anticipated influx of residential possession proceedings. With the usual positive news and insight from our colleagues around the firm follows.

The reforms are laid out in three comprehensive reports and are expected to work together with Government changes. The reports provide a range of proposed options for reform and seek to make leaseholder rights easier and cheaper to exercise, reducing the complexity, cost and barriers that leaseholders currently face.

Changes include the reinvigoration of the commonhold regime and crucially the report draws attention to the fact that commonhold cannot compete with leasehold as it currently stands without significant changes from Government.

The reforms also attempt to simplify the process by which leaseholders can enfranchise their property and include the new right to extend the lease of a residential unit for a term of 990 years, replacing the current option of 90 years for flats or 50 years for houses. In addition, the report recommends that the 2 year ownership period required in order to enfranchise is removed meaning leaseholders would be able to enfranchise immediately following acquisition of the lease (if the proposals are enacted into legislation).

Most notably, the reports recommend banning the use of leasehold for most new houses – a practice which has come under much scrutiny over the years with Government having already suggested a ban will become law.

See below links to the Law Commission's reports. If you have any questions, a member of our Leasehold Enfranchisement team would be happy to give you a call.

A temporary Practice Direction has been introduced to deal with residential possession claims once the current stay on possession proceedings is lifted.

Detailed in Practice Direction 55C of the Civil Procedure Rules, the measures will come into force on 23 August 2020 and end on 28 March 2021.

For proceedings issued at Court before 3 August 2020 and which have been affected by the current stay, a party must file and serve a “reactivation notice”. This is a written notice which must:

Where case management directions have been made, a party filing and serving a reactivation notice must also file with it:

a.) a copy of the last directions order, together with new dates for compliance; and

b.) a draft order setting out any additional or alternative directions, including a proposed new hearing date; or a statement in writing that no new directions are required and, if applicable, that any existing hearing date can be met.

The party filing must also confirm whether the matter could be heard via a video or audio link. The other side have a window of 14 days to respond if they do not agree with the terms proposed.

For new claims and stayed claims that were brought on or after 3 August 2020, the Claimant must bring to the hearing two copies of a notice confirming:

i.) that the Pre-Action protocol for Possession Claims by Social Landlords has been complied with (if applicable); and

ii.) set out the knowledge that party has as to the effect the Coronavirus pandemic has on the Defendant and their dependants.

The Claimant must also serve a copy of this notice on the Defendant no less than 14 days prior to the hearing.

Practice Direction 55C contains other additional requirements and it is important that all requirements are met in order to progress a claim for possession of residential property.

Until recently, all discrimination claims brought under the Equality Act 2010 against letting agents advertising properties with a ban on applicants in receipt of benefits have settled out of court.

The case in question was heard by District Judge Mark in the County Court at York. The Claimant was a single mother with a disability. She was looking for a new tenancy and therefore contacted the Defendant letting agency. In response, she received an email stating that the agency had a policy of not accepting tenants in receipt of housing –related benefit.

The Claimant brought a claim for sex and disability discrimination under Sections 19 and 29 of the Equality Act 2010, seeking a declaration in the County Court. Section 19 concerns indirect discrimination by one person against another whilst Section 29 addresses discrimination by a person concerned with the provision of a service to the public or a section of the public.

District Judge Mark made a declaration that "The Defendant's former policy of rejecting tenancy applicants because the applicant is in receipt of housing benefit was unlawfully indirectly discriminatory on the grounds of sex and disability contrary to Sections 19 and 29 of the Equality Act 2010".

Therefore, landlords and letting agents who continue to refuse to rent to those in receipt of Housing Benefit/Universal Credit are likely to face similar legal action. It may be that some landlords can rely on a defence that their actions are "a proportionate means of achieving a legitimate aim" in that they have mortgage agreements, a condition of which is not letting properties to housing benefit tenants. However, most bigger lenders have now changed their policies on this. Landlords will also face the related issue that Universal Credit is paid in arrears which may cause difficulties for those landlords who rely on these payments to meet their own monthly mortgage repayments.

Insight from around the firm: