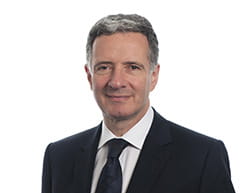 Clients who own UK assets, including UK residential real estate, need to be aware that there is a possibility that the tax planning could change and there is some merit in finalising the de-envelopings and valuable financial/assets gifts before the announcements of H M Government's Budget on 11th March.

At the very least, any tax planning in place should be reviewed even if it appears that these topics have been mitigated against. This is not law yet and may not happen but would have great impact if it does.

The possibility is a gift tax will hit at a lower rate than at present in return for not being able to benefit from Potentially Exempt Transfers (PETs) and for doing away with the non-domiciled  rules. The latter could apply even to structures in place before the law changes because the tax will catch assets held by or given to UK residents with a qualifying period of residence in the UK (perhaps 10 out of 15 years in the UK, for example but that again could change). This is still very speculative and so probably the question to ask is whether to make any planned life time gifts now in the hope that these will continue to be PETs in a transitional period as per the law prevailing now.

These are Parliamentary Cross Party Proposals only, and not announced Government policy; there is the speculation this is how the Government will take things forward as reform of capital tax laws is within its general aims.

Even if announced in the next Budget, which is due on 11th March, and if made subject to a period of consultation, it is possible that we might see anti-forestalling rules so that any gifts after 11th March could  be caught by the new rules anyway.  At the very least, there may be some steps on gifts, charity and some  smaller sums to give away now before 11th March, if any, in are in mind so as to attempt to 'grandfather' them as PETs.

Conflicts of interest and the duty to disclose in arbitration: Common Law Perspective

Being a successful Employer of the Future: A Trowers Tuesday series