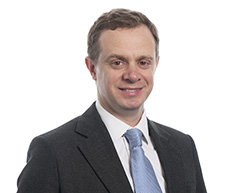 In 2017 the government introduced the Residence Nil Rate Band.  The intention was to allow a person to leave a greater share of their home to their children without paying inheritance tax.  Overall, the intention was that a married couple who wanted to leave their home to their children would enjoy a tax-free amount of £1m.  This sum would consist of "nil rate band" of £325,000, and a "residence nil rate band" of £175,000, per person.

In practice however, the legislation to enact the allowance has proved complex and difficult to navigate.  In this article we look at ways in which you could consider structuring your wills to obtain the maximum tax-free sum.  A case study at the end highlights the tax savings that can be achieved.

Before we do so, we need to bear in mind a few key points:

In addition, any lump sum death benefits paid out on the first death (such as pension lump sums, life assurance or death-in-service benefits) would normally accrue to the estate of the surviving spouse, where they would count towards the £2m limit.

In a nutshell, couples whose joint estates are likely to be valued at between £2m and £4m (and in some cases even higher) could amend their wills so that a share of the family home is left to the children on the first death.  This secures one of the residence nil rate bands and should save up to £70,000 of IHT.

The transferable element of the residence nil rate band applies to a person whose spouse or civil partner died before them without using some or all of their allowance.

People who have been widowed and who have remarried have further options and should take specialist advice, as it may be possible to make use of three or four residence nil rate bands per couple

In assessing the value of an estate to compare it to the £2m limit, gifts made during lifetime are not taken into account.  This offers an opportunity for death-bed planning.  If your estate exceeds £2m, and if it is possible to give away sufficient assets to your children to bring your estate below the threshold, then last-minute gifts could ensure you are entitled to claim the residence nil rate band in full, potentially saving up to £140,000 in IHT.

Robert and Grace are a married couple with two adult children.  This is Grace's second marriage, as she was widowed at an early age; she had no children with her first husband.  They own a property worth around £1m, and have savings and investments of approximately £1.5m.  Robert has a pension fund worth £500,000 and life insurance of £200,000; in both cases these are due to pay out to Grace on Robert's death.

Robert and Grace have mirror wills.  The survivor of them inherits the estate of the other and on the second death the estate is divided equally between their children.

Robert dies first (after April 2020); there is no IHT on his death as everything passes to Grace free from IHT due to the spouse exemption.  Grace opts to take Robert's Pension as a lump sum and claims the insurance payment.  At this point, Grace's estate is worth £3.2m.

On Grace's later death, she is not entitled to the residence nil rate band as her estate comfortably exceeds the £2m threshold, and is higher even than the £2.7m tapered limited.  Inheritance tax of £1.02m is due on her estate, as follows:

Instead, Robert and Grace could have structured their estate as follows:

The IHT position in Grace's estate in this case would be:

In making best use of the residence nil rate band, Robert and Grace have increased the amount their children inherit by £210,000.  A further tax saving of £130,000 could have been achieved if Robert gave as much as possible to the children on his death, as Grace's executors are likely to have been able to claim the transferable nil rate band of her first husband as well.

The structuring of tax efficient Wills and the drafting of such documents is a highly technical area of law that requires specialist advice. Making gifts late in life, particularly deathbed gifts need to be given careful consideration to ensure that there are no adverse tax charges and the transactions are completed in accordance with legal requirements. The Private Wealth team at Trowers & Hamlins is ideally placed to assist you and your advisers in respect of your estate planning.

Inheritance Tax and your Property Business