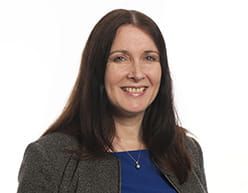 When Julian Richer, the founder of music and TV retail chain Richer Sounds, started to think about succession planning for when he leaves the business, he decided he wanted to hand over control to the company’s staff. Richer, who recently turned 60 and started the company when he was 19, is the latest convert to employee ownership and will transfer 60% of his shares into an employee ownership trust for the benefit of the chain’s 500-plus employees.

The company will pay Richer an initial £9.2m for the stake, of which £3.5m will be given back to staff, who will receive a £1,000 windfall for every year they have worked for the business. The Richer Sounds Trust will operate according to a set of principles set out by Richer to ensure it continues to follow the direction he has set over the past 40 years, and a Colleagues’ Advisory Council will be set up to represent the interests of employees.

Richer, who has no children, joins a growing number of UK businesses transitioning to employee ownership, and, with annual sales of nearly £200m, is one of the biggest recent converts. The UK’s largest and oldest employee-owned business is the John Lewis Partnership, and the Employee Ownership Association says more than 350 businesses have now adopted the model.

The UK government introduced the employee ownership trust (EOT) in 2015 in an attempt to encourage more companies to follow the example of John Lewis. If you own a trading company, you can now sell some or all your shares to an EOT for full market value without incurring any capital gains tax liability.

Alison Chivers, corporate partner at Trowers & Hamlins, says clients are increasingly interested in exploring the employee ownership route. “I had one client that was trying to sell their business to an investor. The deal was going a lot more slowly than they would have liked and they had doubts about the deliverability of the buyer’s offer, so they started looking at viable alternatives including an EOT,” she says.

This growing interest is a trend recognised by the manifestos of the Labour and Liberal Democrat parties before the recent election. They both put forward new law setting out different types of employee ownership.

Melanie List, a senior associate in the tax team, adds: "I have seen it coming up where you have a family business and the owners maybe don’t have children, they are getting older and living comfortably, so they don’t know what to do in terms of transferring ownership."

“They often don’t want to sell to an outsider and want the business kept in the same form, and they want to look after the employees and avoid redundancies. They are essentially treating employees as family and are happy to be paid out on a deferred basis.”

“The deferred consideration can go way out into the future,” says List. “There is often a long lead-in time to these deals and they are horses for courses; they may not suit everyone. If you’re a founder that wants your money out immediately, it’s not necessarily going to be the route you want to go down.”

There is plenty of evidence to suggest that the benefits of employee ownership are widespread, including enhanced employee engagement, which increases productivity and reduces staff turnover. The Employee Ownership Association also says that employee owned companies have an excellent record of sustainability because employee co-owners are so committed to making sure the business does well, which can be particularly valuable during periods of economic downturn or recession.

Chivers says: "Employee ownership models can be really great examples of ethical business practices and sustainable capitalism, values which have had the spotlight shone on them in recent years and are increasingly playing a bigger role in business.”

Other examples of recent converts to employee ownership include Aardman, the Bristol-based animation studio behind Wallace & Gromit, and Riverford, the organic vegetable box company.

For those business owners looking to incentivise their employees and foster increased employee engagement, but without exiting or undertaking a full sale to an EOT, consideration may instead be given to implementing a share option scheme. These share option schemes can take many forms, but for some time now the most straightforward and (potentially) tax efficient scheme has been an EMI (Enterprise Management Incentive) Scheme. The EMI was introduced in 2000 and, according to HMRC, 84% of the 13,330 companies that operated employee share schemes in the UK in 2017-18 operated an EMI scheme, making it the most popular share scheme by some distance.

List says: “The EMI is potentially a very tax efficient way to get shares into the hands of employees. It allows companies to grant options over shares, so the employees don’t get shares now but are granted an option to get shares in the future if certain targets are met. If they stay with the company until it achieves an exit, or leave as a ‘good leaver’, then they can get cash-out. That’s a really popular way to motivate and retain staff.”

While there is an element of political risk associated with any arrangements that have favourable tax treatments, as future governments could change the arrangements, there are signs that EOTs are growing in popularity as the benefits of employee ownership are more widely recognised.

Chivers concludes: “If you’re a founder and you’re looking to exit your business, then you might typically be looking to either sell to a trade buyer or find an investor to do a management buyout.

"But increasingly, people are thinking about the possibility and the benefits of employee ownership, and we are seeing more and more high-profile examples.

“You have to have a desire to benefit your workforce and a belief in the sustainability of the business long-term once you leave, but if you’re not looking to get paid out on day one, then it is can be a good way to incentivise your staff and is worth considering as one of your potential exit options.”