Non-compete restrictions in shareholders' agreement upheld by Court of Appeal 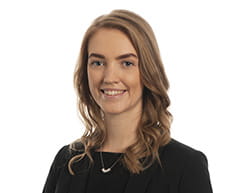 In the recent case of Guest Services Worldwide Limited v David Shelmerdine, the Court of Appeal considered the proper construction of restrictive covenants included in a shareholders' agreement and whether those covenants were unenforceable because of their duration and/or their nature and extent.  Overturning the High Court's decision, the Court of Appeal found that the covenants, including in particular the non-compete restriction, were binding, and that the 12 month duration of the covenants was "entirely reasonable".

Guest Services Worldwide (GSW) is in the business of producing maps for distribution to the guests of luxury hotels.  The business was founded by Mr Shelmerdine.  He sold the business in around 2011 and was retained first as an employee and then, in July 2015, as a consultant.  The consultancy arrangements between GSW and Mr Shelmerdine were terminated in February 2019.

Following the termination of Mr Shelmerdine's consultancy arrangements, GSW alleged that in breach of the Restrictions he had used a map produced for GSW to solicit business in Switzerland in March 2019, and had subsequently solicited business from the Ritz Carlton in Budapest and the Metropole in Monaco.  High Court proceedings were brought against him on 1 April 2019 for an injunction restraining breach of the Restrictions.

Mr Shelmerdine argued that whilst he remained a shareholder of GSW, as soon as he ceased to be an agent of the company he ceased to be an Employee Shareholder and that the Restrictions therefore no longer applied to him.  He also argued that, in any event, the Restrictions were unreasonably wide and an unenforceable restraint of trade.  The High Court agreed on both counts.
GSW appealed to the Court of Appeal, on the basis that the High Court was:

The Court of Appeal

The Court of Appeal overturned the High Court on both issues.  On the Construction Issue, the Court found that it was clear that the purpose of the Restrictions was to protect GSW, its goodwill and the value of its shares and that it would make "no commercial sense at all if the restrictions [in the shareholders' agreement] could be avoided altogether and with immediate effect, by terminating one's employment, agency or directorship".  That would give the Restrictions no real meaning or effect.  Accordingly, having considered the objective meaning of the Restrictions when read in their factual and commercial context, the Court of Appeal held that Mr Shelmerdine remained bound by the Restrictions (and, in particular, the non-compete clause) for as long as he remained a shareholder in GSW, and for 12 months thereafter.

This was despite Mr Shelmerdine's argument that this would mean that he could remain subject to the Restrictions for a potentially indefinite period, whilst he remained a shareholder of GSW before he could be bought out, if indeed he could be bought out at all.  The Court of Appeal gave this argument short shrift, on the basis that (given the compulsory transfer provisions included in GSW's Articles of Association) in all likelihood the cessation of employment, agency or directorship and ceasing to be a shareholder would be co-terminous or, at least, there would be only a limited lapse of time between the cessation of employment and the disposal of the individual's shares.

With regard to the Duration Issue, the Court of Appeal noted that whilst all restrictions in restraint of trade are unenforceable unless they are reasonable, the courts should be "less vigilant" where restrictions are contained in a shareholders' agreement or similar agreement rather than in an employment contract.  On this basis, the Court of Appeal did not accept that a period of 12 months was unreasonable.  The Court noted in particular that:

Restrictive covenants are commonly included in shareholder agreements and other commercial agreements.  These include business and/or share sale agreements, partnership agreements, joint ventures and franchise agreements.  They are a valuable means of protecting a party's interests and should continue to be used.

The Court of Appeal's decision in this case is a welcome reminder that the courts will be less vigilant in scrutinising restrictive covenants included in commercial agreements (as opposed to employment contracts) and are very willing to uphold such covenants.  Nevertheless, parties should ensure that restrictive covenants in all agreements are very clearly drafted, including who specifically is covered by them and when they will be triggered.  As always, clarity is key.

Covid-19 and the use of remote hearings in Dubai