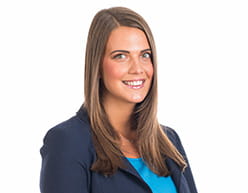 We previously reported on trustee reporting obligations in December 2018. Since then there have been further developments which are worthy of note.

The 5MLD presents changes in respect of which trusts trigger the requirement for trustee registration on the TRS. Previously, this was only if the trustees incurred specified UK tax liabilities for express trusts but the proposal is that certain trusts will require registration even where the trustees have no liability to pay a UK tax.  Whilst the 5MLD has been implemented into UK law, the changes to the TRS have not yet been implemented to allow for a further consultation so this is very much a current topic of concern and discussion.

The government held a consultation in April 2019 on the transposition of the 5MLD and a response was issued in January 2020.

Following this, HM Revenue & Customs issued a technical consultation document which was published on 24 January 2020.

If the 5MLD is implemented as expected, the following trusts will require registration in addition to the trusts incurring specified UK taxes:

The proposal to create a register of all express trusts whether taxable or not is a concern as this could greatly increase the administrative burden on professionals and trustees. The proposal could cover pilot trusts, non-income producing trusts and trusts created as vehicles for standard investment and inheritance tax planning.

If a trust appears on the TRS and changes are required to the register, trustees will have 30 days to ensure that records are up to date from the date of change to avoid the possibility of receiving penalties for non-compliance.

Trowers and Hamlins LLP are responding to this consultation to air numerous concerns about the impact of the 5MLD on trustees and their reporting obligations and highlight some issues that arise in legal practice that may not have been considered.