Lenders' options on enforcement of security over UK real estate 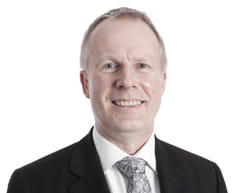 The Covid-19 pandemic has put some borrowers into a very difficult financial position, such that some lenders are contemplating what options are open to them when it comes to enforcing their security over real estate in England and Wales.

A lender should always consider what enforcement options would be available, as sometimes a lender may have to act swiftly in order to take control of the charged property and secure it.  For example, with a large, mainly open site there may be a risk of trespassers entering onto the site to occupy and/or cause damage to the site. Taking swift enforcement action would allow a lender to mitigate this risk, put in place security and preserve the value of the charged property.

For these purposes we have assumed that one or more events of default under the loan and security documents have arisen and that all other steps prior to enforcing security have been exhausted (e.g. trying to reschedule the borrower's debts) so that enforcement is the only realistic option left. We have also assumed that the security documents do include the right to appoint a receiver or an administrator.

We outline below the general principles of receivership or administration which are likely to be the best options available to a lender on enforcement.

A receiver is a person appointed by a lender to enforce its security by taking control of and selling the charged property. The receiver's primary duty is to act in the interests of the lender in order to secure repayment of the debt. However, the receiver must also act in good faith and take reasonable care to obtain a proper price on any sale of the property.

The rights and liabilities of receivers are set out to some extent in the Law of Property Act 1925 (hence why they are often called LPA receivers). However, the power to appoint a receiver and the terms of that appointment are often derived from the express terms of the loan agreement and security documents.

It is common to appoint two receivers who will usually be surveyors, from the same firm, rather than licensed insolvency practitioners (as in the case of administration, see further below) and can act either together or individually.

A receiver's primary duty will be to realise the value of the charged property in order to discharge the debt owed to a lender. It is generally a less expensive and less complicated option than administration. Receivership is likely to be the most appropriate enforcement route where there is sufficient value in the property to satisfy the debt and this value exists in isolation to the business of the borrower.

A receiver will be primarily concerned with discharging a lender's debt, and so receivership is likely to be a more straightforward option than administration. However, receivership is only likely to be the preferred enforcement route where the valuation of the property is sufficient to satisfy the debt and there is no risk of other creditor action.

Administration is a formal insolvency procedure in England and Wales, governed by the Insolvency Act 1986.  It is designed as a process for restructuring and rescuing an insolvent company.

The administrator is obliged to work towards one of three statutory objectives:

As a secured creditor for a significant amount, a lender is likely to hold the majority voting rights and ought to be able to influence any strategy proposed by the administrator. However, as the administrator is an officer of the court and owes a duty to creditors as a whole, it cannot prefer one creditor over the others. That said, if there is no hope of rescuing the company as a going concern or improving the likely return to creditors as a whole, the administrator is entitled to focus on realising the company's assets for the benefit of a lender as a secured creditor.  If there is an opportunity though to increase the value of the charged property so that other creditors could be paid in addition to a lender, for example, by completing any redevelopment works and then selling the charged property, a lender might have to wait a significant period before the debt is discharged.

One point to note is that administration is only available in respect of companies incorporated outside of the EEA if it can be established that that company has a Centre of Main Interests (COMI) in England and Wales. This is a difficult issue and would require detailed analysis of the case law on COMI and of the borrower's situation.

The most common route into administration used by lenders is the out of court process which simply requires the filing of certain prescribed documents at court.  However, an application to court will be required in certain circumstances (for example, if a winding up petition has been issued against the company) and may be preferred where there is likely to a question about the company's COMI and the applicability of the insolvency regime of England and Wales.  A court appointment process would involve issuing a court application to place the company into administration. This would then follow a court hearing which would present an opportunity to the borrower (and other interested parties) to challenge the proposed appointment. The court will make an administration order if it is satisfied that the borrower has a COMI in England and Wales, a lender is entitled to appoint an administrator and the administration order is reasonably likely to achieve one of the three statutory purposes of administration, as set out above.