Second bite of the cherry? Cause of action estoppel 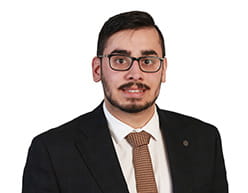 The High Court decision of Moorjani v Durban Estates Limited & Anor (2019) EWHC 1229 (TCC) is an important decision, which considered cause of action estoppel and the importance of properly pleadings statements of case to include all causes of action.

Mr Moorjani (Moorjani) leased a flat on the third floor of Ivor Court and had previously issued a claim in 2011. The Particulars of Claim in his 2011 claim pleaded disrepair in relation to the whole of building. However, Moorjani was awarded damages in respect of the third floor of the building only.

Moorjani, along with three other long lessees of flats in the building, issued a further claim in 2018 in respect of disrepair to the building, claiming for a period prior to 2011 as well as for the time since then.

Durban Estates sought to strike out the claim on the basis of cause of action estoppel and on the principle derived from Henderson v Henderson (1843) 3 Hare 100, 67 ER 313.

Cause of action estoppel is a doctrine which prevents claimants from pursuing the same claim twice.

Should a case have received a final determination already, no further proceedings can be brought in respect of the same subject matter. Durban Estates argued that cause of action estoppel should prevent the claim for disrepair to the building in the current litigation as this had already been pleaded in the 2011 proceedings and had already been determined in those proceedings.

The principle derived from Henderson v Henderson prevents a claimant from bringing a further claim in respect of matters which ought to have been claimed for in a previous claim. Durban Estates argued that even though Moorjani was claiming under a different cause of action, the ‘new’ cause of action should be struck out as it should have been claimed for in the pleadings in the previous claim.

Moorjani argued that the judgment in the initial claim awarded damages in respect of disrepair to parts of the third floor of the building only, and that it was not an abuse of process or re-litigation to now claim for damages to the building overall.

The Technology and Construction Court (TCC) struck out Moorjani’s claim on both counts. The TCC adjudged that the County Court in 2011 had considered the pleadings and evidence before making the judgment. Although the judgment by the court awarded damages only for the third floor, the disrepair claim for the entire building was considered.

The TCC also decided on Moorjani’s claim against the second Defendant, ICFL. Moorjani had claimed that ICFL had also shunned their repairing obligations, allowing the common parts of the building to fall into disrepair.

ICFL had in fact begun a substantial and expensive programme of repairs when they took over the block and had sought to recover the cost of the expenditure from the tenants by way of increased service charge contributions. Moorjani had already disputed the service charge, which led to ICFL applying to the First-Tier Tribunal (FTT) under section 27A of the Landlord and Tenant Act 1985. Moorjani brought a counter-claim in the FTT proceedings against ICFL for ‘historic neglect’ on the basis that ICFL had delayed in carrying out the necessary works. The FTT dismissed the counter-claim and held that ICFL were entitled to a reasonable time after acquiring the freehold to start the works and that there had been no undue delay.

ICFL argued that due to the FTT’s decision in rejecting Moorjani’s counterclaim, the current claim in the TCC for disrepair was an abuse of process and should be barred. The TCC agreed and struck out the claim against ICFL on the basis of cause of action estoppel.

The decision in Moorjani highlights the importance of pleading claims carefully. A claimant should consider and include in proceedings all relevant issues and possible causes of action and grounds of claim. Failure to do so may stop a claimant from bringing a claim based on alternative causes of action in the future.

Service charges in the cost of living crisis