Japanese Knotweed: "The rhizome that launched a thousand requisitions" 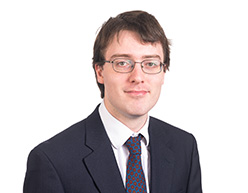 "A capital plant for the small town garden." Upon reading Victorian botanist John Wood's appraisal of the newly imported Fallopia Japonica, I can imagine the shrieks of bitter laughter erupting from 21st century conveyancers and homeowners alike.

First imported to the United Kingdom in the nineteenth century, Japanese Knotweed has established itself as Britain's most invasive plant. The weed itself has a rhizome system that enables it to rapidly colonise its surroundings and take advantage of various media such as waterways to disperse plant fragments for miles. Dying back in winter, the plant produces bamboo-like stems in summer that can exceed two metres in height whilst capable of growing ten centimetres a day in summer. Waterside Japanese Knotweed can have a devastating effect on flood management by damaging concrete barriers and other materials used to construct the flood defences. The plant is also infamous for its ability to damage buildings' structures, leading to rejection by mortgage lenders and costly treatment programmes to avoid potential criminal liability of incorrect disposal or the compensation claims for permitting its proliferation. Upon acquiring a property afflicted by the plant, the purchaser becomes vulnerable under the principles established in Leakey v The National Trust (1981) in that a landowner has a duty in relation to foreseeable hazards present on their land with the potential to affect their neighbours. The Court of Appeal underlined the requirement for a pre-emptive fulfilment of this responsibility in Network Rail Infrastructure Ltd v Williams and another [2018] (the background to which will be explored later in this article). In this case, the Court rejected the notion that, whilst an injunction could be obtained against reinfestation, the claimant could only require the defendant to remove the infestation from their own land and were unable to require its removal from the defendant's land. Instead, the Court indicated that an occupier could be liable for failing to remove the hazard from their own land if it was reasonably foreseeable that it would cause damage to neighbours.

However, years of attempts at biological and chemical control have shown how profoundly difficult, and some argue impossible, it is, to eradicate the weed completely. Any treatments or disposal methods are expensive and take place under strict legal guidelines which require the plant material to be disposed of under controlled circumstances at an authorised landfill or incinerator. The treatments themselves can introduce new problems to the environment, particularly in the case of aggressive herbicides such as glyphosate. The conveyancer and potential purchaser must also bear in mind that where herbicidal treatment methods are used, the process can take years to complete, with the infested land being unusable during the process. Due to the plant's rhizome structure, it is also important to note that the radius of the infestation below the ground can be far greater than is indicated by the surface foliage, with rhizomes extending for up to seven metres laterally and to a depth of three metres.

If one is in the position of owning a property to which knotweed has spread from neighbouring land and wishes to make a claim to facilitate the costly remediation process, it is vital to examine the results of Williams v Network Rail Infrastructure Ltd [2017]. Here the freehold owners of two adjoining bungalows found their properties infested by knotweed which had spread from the adjoining railway embankment. Both claimants pursued a claim for private nuisance in the county court but one did so through the argument of encroachment whilst the other argued that the presence of the plant interfered with the quiet enjoyment and amenity value of the site as it negatively impacted the owner's ability to sell the property at market value. The presence argument succeeded but the encroachment argument failed due to the crucial fact that, whilst the plant had evidently spread onto the claimant's land, there was no evidence of any damage having occurred; a requirement under the root encroachment test established in Delaware Mansions v Westminster City Council [2001]. On appeal to the Court of Appeal upheld the County Court's decision but added that physical damage was not always a requirement.

Although the Property Information Form (Form TA06) questions a seller as to the presence of knotweed on a property, this can assume a level of horticultural knowledge that the seller lacks and, as is pointed out by the Royal Horticultural Society's entry on the plant, it can be confused with other species including Himalayan honeysuckle. Additionally, the plant's largely bland foliage means that the presence of an infestation can be masked, particularly on larger properties with surrounding undergrowth, in contrast to other invasive species such as Himalayan balsam or Rhododendron ponticum that are colourful and distinctive. Furthermore, in winter when the knotweed dies back, it is less easy to identify by the uninitiated. As a result of this, there are a small number of indicators as to whether the area is particularly at risk. The first and most important is the presence of a railway line. Aside from the plant's decorative properties, Victorian engineers purportedly used the plant to stabilise railway embankments with the rolling carriages providing the perfect medium to transport the plant fragments further afield.

In any due diligence assessment where the presence of Japanese Knotweed is established, before considering potential indemnities, it is crucial to establish the range and source of the infestation due to the possibility of an indemnity provider including a proviso resulting in their guarantee of treatment becoming void if the plant is reintroduced through the uncontrolled proliferation from neighbouring land. Furthermore, If offered a specialist contractor's insurance-backed guarantee in respect of treatment or removal works, always read the small print to ascertain the extent of the guarantee and the circumstances in which it can be called upon, as such products are rarely the panacea their promoters would advocate.

Although not a citable reference, organisations, including the BBC, have generated Invasive Plant Species Tracker apps that overlay a UK map with recorded sightings, and are worth a brief examination, if only as an indicator of the scale of the nation-wide infestation.