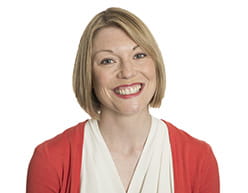 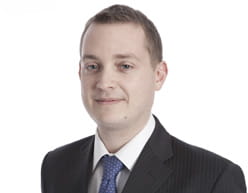 How do you convince a room full of billionaires, most of whom have private jets, to care about the environment?

It was an issue raised at the 2019 World Economic Forum in Davos. Environmental impact is arguably an easier pitch to investors because climate change is ultimately bad for everyone.

Investing in a way that benefits wider society is a harder sell because you have to navigate a debate around ‘it’s the right thing to do’ and ‘what’s in it for me?’

But is there an appetite for more socially conscious investment and impact investment which actively seeks to do social good and what is driving it?

Environmental impact is easy to measure, and legislative sticks such as inefficient buildings being rendered obsolete have helped. Green investment funds are common including in the built environment sector.

Similarly, in business corporate social responsibility is nothing new, it helps maintain certain standards even if the reasons for doing it are sometimes more about brand marketing.

Patrick Morris, partner in the real estate department at Trowers & Hamlins says: “If a fund is presented with two investment opportunities, one of which would have a positive impact on society and one which wouldn’t, then if all else was equal they would go for the one with the positive impact.

"An investor is unlikely to take a hit on profits just for that reason, but there is growing evidence that the rewards of focusing on environmental, social and governance (ESG) factors when investing outweigh the risks of doing so.”

There are some specialised impact investment funds but is it mostly talk?

Sarah Gooden, partner in the banking and finance department at Trowers & Hamlins says: “People are getting quite excited about it, there’s quite a lot of coverage in the media but it is still a pretty small proportion of the total amount of investment in real estate that’s going on.”

But the fact that there are impact investment funds – Gooden points to a fund which specialises in investing in homes for homeless people – indicates that there is an appetite and could this be the key to a growing trend?

Morris thinks it could, particularly for pension funds: “There is a change in awareness, people actually want to know what’s happening with their money.

"In fact the UK government has recently clarified the fiduciary duties of pension scheme trustees and from 1 October 2019 the financially material considerations which trustees must consider when making investment decisions include ESG factors such as climate change.”

Businesses are starting to recognise that staff health and wellbeing impacts productivity and is a key factor in an organisation‘s long term effectiveness and workspace choices are reflecting that. Since January 2019 UK companies have had to comply with a new governance code which says that a successful company is one led by a board that promotes the company’s long-term sustainable success, generating value for shareholders and contributing to wider society.

Similar trends can be seen in purpose-built student accommodation.

Rebecca Wardle, partner in the real estate department, Trowers & Hamlins explains: “Operators are looking at different ways of developing their buildings because of student wellbeing and students demanding much more out of the accommodation. Students place greater emphasis on ethics and community. Experience and wellbeing is more important than product, so providers that cater for that will be the more popular choice. Mental health and wellbeing can be tracked and measured and that is also what universities want now.”

Building to meet demands naturally benefits investors in the long term and ‘greater good’ becomes a happy by-product of ‘what’s in it for me’.

If the debate is weighted this way could social housing be a big beneficiary?

Demand is easily demonstrated. The number of people who are homeless, living in temporary accommodation and on waiting lists for social housing is growing, pointing to an increasing lack of suitable accommodation.

Investment into the affordable housing sector is not new, but the way in which that investment is being deployed into the sector and those who are participating in that investment is changing. The creation of forprofit registered providers of social housing is driving that trend.

Wardle says: “It is traditionally seen as a safe sector to lend to and invest in because of the relatively stable and secure financial nature of registered providers.”

The level of returns may still not be as attractive to some, but it is a growing trend with investors who are moving away from the more risky asset classes in favour of a modest but more secure return.

"It is only very recently that we have really seen forprofit providers being set up – not hundreds but a significant handful,” she adds citing Legal & General as an example, which points to increasing investor confidence in direct investment into the sector. It has been possible to set up forprofit registered providers for some years but it is only in the last 18 months that there have been a number of significant entrants into the sector.

As long as there is demand and money to be made then arguably there is a strong case for impact investment, whether it becomes a vehicle that moves beyond that equation is surely a bigger question of social and economic change?