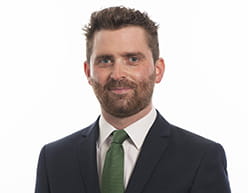 When considering the purchase of a school playing field site for development, the statutory procedure for a valid disposal needs to be followed.

The general premise is that a local authority (or an academy) must obtain the consent of the Secretary of State for Education to a disposal of a playing field. This covers leasehold and freehold dealings.

The Secretary of State will take advice from the School Playing Fields Advisory Panel in making their decision. The Panel considers factors such as the need for playing fields by schools in the local area, community use of the land and value for money.

In the Department for Education (DfE) 2015 guidance on the subject, it was advised that there is a "very strong presumption against the disposal of school playing field land." However, since May 2010 over 200 applications for disposal have been approved, and only eight rejected.

There are exceptions to the consent requirement, including where the land has not been used as a playing field in the preceding ten years, and where a school has been discontinued.

When considering purchasing land near or forming part of a school site, careful consideration of whether the land will be caught by these requirements needs to be made. The statutory definition of "playing field" is widely drafted, and the DfE has published a list of examples – including grass and artificial pitches, hard surface games courts, informal and social areas, and even habitat areas used for teaching about nature.

Experience suggests a decision can take up to six months from the date of application. Developers need to factor this period into development plans, and may want to consider making purchase contracts conditional on securing consent.