Do housing associations need to review their intragroup arrangements? 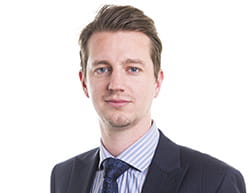 Earlier this year the Charity Commission opened a consultation and issued draft guidance for charities that have connections with non-charitable organisations. The intention of the guidance was to highlight that there may be risks to working with non-charitable organisations and charities need to be particularly careful to maintain their separation and independence. The guidance applies to all charities, including those housing associations which are exempt charities.

The guidance states that the legal framework and principles set out are not new and are simply consolidating points raised in other publications. In the main that is true, and points like making sure the charity is carrying out its own purpose and acting in its own interest, should not be new to board members. However, our view is that the guidance does in part also extend the expectations on charities.

One example of this is that the guidance expressly states that the Commission's expectation is that there should be a quorum of independent trustees on the board – which will generally mean there should be at least two independent board members on the charity. The guidance does not expressly recognise that, since a trading subsidiary is ultimately setup to benefit a charity, it may reasonably be concluded that there is no conflict of interest between the organisations or that the conflict may be managed by the trading subsidiary agreeing to subordinate its own commercial interest to that of the parent charity.

Some charitable housing associations do (successfully) manage intragroup conflicts on this basis. We made this point to the Commission on behalf of clients in our consultation response.

A similar example is where the guidance states that senior employees who advise the board may themselves have a conflict and that may undermine the independence of the board's decision making process.

Another important point is that the guidance refers to charities needing to obtain "best value" from the commercial organisation. This is a high threshold and where a charity is contracting with its own trading subsidiary, taking into account the wider benefits of dealing on an intragroup basis, it should be sufficient for a charity to obtain "value for money".

The guidance also emphasises the importance of ensuring that there are written agreements in place to cover matters like the sharing of data, staff and resources and also responsibilities in terms of communication. We wait to see whether our comments are taken into account in the final guidance which is planned to be published late 2018. However, if the final guidance follows the draft guidance, and does not take our comments into account, then charities will need to review their governance arrangements. Charities will also need to bear in mind that the Regulator of Social Housing will consider the guidance when assessing intragroup governance.

Is litigation funding the answer to improving your finances?

Pushing the boundaries of build to rent and integrated living