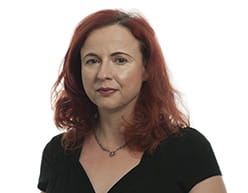 In the wake of the banking crisis in 2008, which saw the government bailing out major banks at immense cost to the taxpayer an independent commission headed up by Sir John Vickers recommended that UK banking activities be ring-fenced in order to protect the deposits of individuals customers, small and medium enterprises (SMEs) and homeowners.

That recommendation will finally become a reality from 1 January 2019 when new regulations will come into effect requiring banks that hold over £25 billion in deposits to separate their retail banking activities from their investment banking activities. The objective behind the new legislation is to re-build public confidence in the banking system, minimise the impact of any future banking failure and reduce the possibility of public funds being used for a bail out should a bank fail in the future. The notion is a simple one - retail investment, including lending to SMEs and vanilla hedging arrangements will be within the ring-fence and riskier investment banking and more complex hedging arrangements will sit outside the ring-fence.

So why should housing associations be concerned? Well, firstly lenders to the sector are taking an inconsistent approach as to whether social housing loans fall within the ringfence or not. Some banks have indicated that they are of the firm view that social housing loans will sit squarely within the ring-fence, whilst others will be running new social housing finance lending through their investment arm from now on. This means that housing associations could find their loan arrangements being treated rather differently depending on who they have borrowed from. A lack of consistency of approach is not helpful and would have inherent cost implications.

The notion that social housing loans will sit within the ring-fence also assumes that housing associations will be considered SMEs. In the current era of mega mergers between housing associations the resulting entities may simply be too large to really be classified as such. Even setting merger activity aside, it may be a stretch to consider some of the larger housing associations as "medium enterprises".

More of an issue is the unintended negative effect the new legislation may have on hedging arrangements. Embedded hedging arrangements or stand-alone swaps which reference RPI are not allowed to sit within the ring-fence and must be part of the bank's investment activities. This means that housing associations with RPI linked swaps (on an embedded or stand-alone basis) face having to re-negotiate these with their banks. The costs of unwinding hedging arrangements can be extremely costly (especially if the swaps are out of the money) and the banks are likely to pass any costs straight on to the borrower.

Unhelpfully banks are adopting an inconsistent approach to the categorisation of derivatives and whether they fall in or outside the ring-fence which does not provide housing associations with the certainty they require. We have also seen one major lender to the sector moving away from offering so called "two way" break costs provisions, where credit is given on termination for transactions where the bank would realise a gain.

The costs to the banks of complying with the new legislation will be vast and there are concerns that the banks may seek to pass those costs on to their borrowers, for example through the pricing of new deals or possibly even through the increased costs provisions in their loan arrangements. While no bank has attempted to do so yet, it is certainly possible that the costs of ring-fencing will have a negative impact on both the future pricing of social housing finance loans and on banks' appetite to lend generally.

It is important that housing associations are aware that ring-fencing is coming and that the new legislation, while aimed at producing a safer banking system, may actually have the unintended effect of increasing their costs and exposure to risk. It may also make management of their loan portfolios more complicated, for example, we have already seen one lender requiring an existing housing association customer to put in place a new take out facility from a different group entity to that housing association in connection with the original facility with each such facility having separate security pools.

Housing associations should be pro-active in contacting their lenders now to discuss ring-fencing so that they can work together to re-negotiate any arrangements which may be outside the scope of the ring-fence and minimise any additional costs being passed on to them.