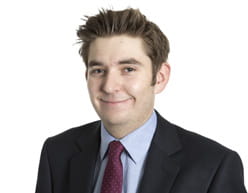 It is tempting to see vacant land and buildings as having long-term value for development purposes, but as being of little value until such development takes place. However, temporary or "meanwhile" uses also offer a range of the opportunities to unlock potential in such land and buildings in the short-term.

The value of meanwhile uses of property is well established in the commercial sector, borne out of a need for maximum value to be extracted from development sites without a permanent use in an increasingly squeezed sector. Temporary uses of vacant property present opportunities not only for financial benefit, but also in terms of fostering innovation, community engagement and place-making. They can help to breathe life into abandoned sites and are viewed by many within the real estate industry as a key antidote to the epidemic of vacant buildings across the country.

Meanwhile uses have proved especially popular in an urban context. Examples include the Olympic Park (where interim uses of up to ten years have been implemented as a precursor to the planned residential development of the site) and Boxpark originally in Shoreditch now in Croydon, with a Wembley location due to be unveiled later in 2018.

They are far from the only ones, though, with numerous examples emerging of vacant properties being temporarily repurposed for use as bars, cafes, event spaces and even wedding venues.

The advantage of the meanwhile use to the occupier is particularly relevant to "pop ups" and other small businesses, who may wish to secure a premises for their developing enterprises without being tied to a burdensome institutional lease. For landlords with a longer-term view, the promotion of meanwhile uses can also be seen as a kind of "incubator" for burgeoning businesses who could then become ready-made permanent tenants for the very same landlords in the future. It is also the transient nature of these uses that is the key to their appeal to the consumers who use them – the fact that the venues which inhabit these spaces will only be around for a short time creates a buzz and excitement fuelled by an eagerness to be part of something that may soon be gone.

Such uses, however, are not without risk. In particular, when entering into any agreement for the temporary use, property owners should give careful thought to when they may require the property back to enable the proposed development or long term use to be implemented. With this in mind, there a number of best practice points to avoid being left in the position where they are prevented from regaining possession of their property at the required time.

When granting a lease or other occupational arrangement to facilitate meanwhile use, property owners would be well advised to ensure that the arrangement is carefully drafted, to avoid any risk of the occupier claiming any right to remain at the end of the initial period of occupation. To ensure flexibility, property owners ought to consider:

● granting leases or licences with a term of less than six months and which contain no option to renew, as such arrangements do not attract security of tenure;

● ensuring that all leases and licences granted for a term in excess of six months are correctly contracted-out of the security of tenure provisions contained in the Landlord and Tenant Act 1954;

● incorporating "lift and shift" provisions, affording the landlord a contractual right to relocate any temporary occupiers to an alternative part of the building or site, should the landlord require early possession of the initial premises granted to the occupier; and

● including a rolling landlord-only break option exercisable upon a minimal notice period. As well as ensuring that any temporary use arrangements are flexible enough to enable possession to be regained without difficulty, there are also operational considerations for landlords while the meanwhile use is ongoing including:

● Alienation – to maintain control when granting short term arrangements, it may be advisable to include an absolute prohibition against any assignment, underletting, sharing and other dealings. This creates certainty, by enabling the landlord to keep tabs on who is in occupation, and prevents the administrative burden which would otherwise arise in arranging for the transfer of an agreement which may only last for a few months in any event.

● Rent – where a lease or licence is to be granted for a short, fixed term of a few weeks or months, the landlord should consider requesting payment of the rent/ licence fee and other costs payable by the occupier (such as any insurance costs or contribution towards utilities) to be paid up front, in a single lump sum, rather than at intervals throughout the period of occupation.

● Reinstatement – landlords will not want their land or buildings to be returned to them in a state of disrepair when the arrangement comes to an end. Alterations by the occupier should be tightly restricted and yield up clauses should oblige the occupier to remove and reinstate any temporary structures, with step in rights for the landlord to carry out the reinstatement itself in the event of default, and to recover the costs from the occupier.

It is clear that meanwhile uses offer a unique means of unlocking temporary value in land and buildings, and there is a willingness on the part of start ups and other entrepreneurs to reap the rewards of trading from unconventional spaces. Property owners have, perhaps, been slower to embrace the shift to more transitional arrangements and may be missing an opportunity to both extract financial value from and inject fresh life into vacant spaces until more permanent redevelopment can take place.