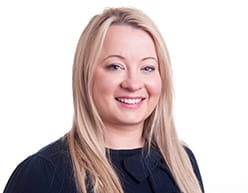 Market Value – Social Housing (MV-SH) is being considered as a third valuation basis for the social housing sector. We explore the reasons behind these proposals, the underlying assumptions and how Registered Providers (RPs) may benefit, particularly with regard to funding arrangements.

Why is this new valuation basis being considered?

Key valuers in the sector (JLL and Savills) say that since RPs no longer have to seek the consent of the Regulator to dispose of social housing assets, there may be a premium being paid on some RP to RP portfolio sales which cannot be appropriately reflected in existing valuations. This premium may be due to opportunities for void units in certain circumstances to be sold to non-RPs.

Due to increased RP portfolio sales, JLL and Savills are engaging with key stakeholders to support this new valuation being included in the Royal Institute of Chartered Surveyors (RICS) "Red Book". If adopted, they believe this could enable increased funding into the sector.

Most housing stock is valued at Existing Use Social Housing (EUV-SH) or Market Value Subject to Tenancies (MV-ST). EUV-SH has been the sector-specific valuation basis for nearly 30 years and was created for transfer sales from local authorities. Valuers believe that EUV-SH is not flexible enough to take account of the increasingly diverse and complex trading, asset management and funding arrangements which we see today.

Initial discussions around amending the EUV- SH definition to take account of these market trends met resistance due to it being such a long-established and recognised valuation basis. This resulted in the new MV-SH valuation basis being proposed instead.

As part of the proposals, EUV-SH and MV-ST definitions will be left largely unchanged. Some slight updating amendments are proposed to the EUV-SH definition to refer to the new regulatory regime but there will still be an assumption that the relevant units will be let by and sold to a body delivering social housing in accordance with its existing use, so the end result would be no change to the spirit or ethos of EUV-SH.

What is MV-SH and when can it be used?

The definition proposed contains similar assumptions to EUV-SH but with the key difference that it reflects the current regulatory landscape and does not impose an additional assumption that the units can only be used for their existing use, provided that regulation is fully complied with.

This would enable valuers to factor in the possibility of void sales outside of the sector.

The new valuation proposal will be offered as a choice to the sector once it has been approved by RICS and included within the Red Book. There is currently no clear date as to when this may happen as the proposal is still in a consultation phase.

Potentially it could be used for accounting, asset management, portfolio sales and acquisitions and secured lending.

However there are factors to consider before deciding whether the use of MV-SH is appropriate in any particular instance, including in particular:

● other regulatory and title restrictions;

Will MV-SH find favour with funders?

We anticipate that there will be interest in using this basis in the sector to enhance values where possible. However, its use for the purposes of secured lending will depend on the terms of the relevant funding agreement.

Most funding agreements currently provide that, unless otherwise agreed, social housing stock will be valued on the basis of either EUV-SH or (where appropriate) MV-ST. So for any existing agreements, it is unlikely that this new basis could be used, unless specifically agreed on a case by case basis with the funders concerned. It would of course, be possible to vary the existing terms with the funders' consent but whether or not a funder would agree and on what terms is not clear. For example, a funder could agree to this basis being used in future but on condition that the applicable asset cover ratio is reviewed.

What about new funding agreements?

Will funders agree that this new basis may be used on new transactions? This will depend in part on whether transaction data continues to evidence that stock portfolios are changing hands at a premium to EUV-SH valuations.

We expect that different funders may take different positions, depending on their credit policies and appetite for new lending. For example, "traditional" lenders with an existing portfolio of lending to RPs may behave more conservatively than a new market entrant looking to build up its loan book. This will be an important point to discuss with funders at heads of terms stage on any new deal.

For the moment, dependent on geography, property specifics and whether it is permitted, MV-ST is still likely to offer the highest possible valuation on any secured lending transaction.