Key findings from the Hackitt review 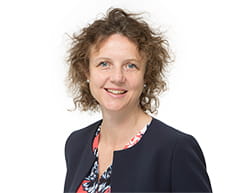 The Government's independent review of the Building Regulations and fire safety published its final report this month, Building a Safer Future.

As expected, the Report condemns the current regulatory system covering high-rise buildings as "not fit for purpose" and describes a failing building industry with a "race to the bottom" culture that prioritises profit over safety. Chairperson Dame Judith Hackitt proposes "a radical rethink" of the regulatory framework for high-rise buildings, which if adopted, could have a profound impact on the residential development sector.

Somewhat surprisingly, the Report doesn't recommend a ban on combustible building materials in high-rise buildings. Hackitt contends that problems in the industry "go well beyond the specification of cladding materials", and broadens the analysis to look at four key issues:

In response, the Report proposes a clearer model of risk ownership, greater transparency of information about high-rise buildings, an enhanced regulatory framework with severer penalties; and a "whole-life" approach to monitoring safety in high-rise buildings. The building industry is encouraged to work together to implement “a truly robust and assured approach to building the increasingly complex structures in which people live” and “rebuild public confidence in the system”.

The Report makes ten key recommendations to every aspect of the building industry, from procurement to post-completion building inspections. As yet, it's unclear whether the Government plans to enact all or any of the recommendations. Pending a formal response, here's a snapshot of what the new building regime might look like:

Defined responsibility for safety – The Report recommends a clear package of risk and responsibility, with requirements that those who procure, design, create and maintain high-rise buildings ensure that they are safe. The Report encourages collaborative working between employers, contractors and designers, and criticises the outsourcing of liability to parties who may not be able to mitigate risks effectively. Hackitt cites approvingly the multi-party approach of partnering contracts as a way of achieving this collaboration. This suggests a return to partnering-style multi-party contracts between employers, contractors and suppliers, rather than relying on third party collateral warranties. Employers may also need to ask builders and developers to provide enhanced liability terms for large-scale construction projects.

Dutyholders - The Report makes frequent reference to "dutyholders" who must take responsibility for the fire and structural safety of high-rise buildings, and make improvements over the building's life-cycle. Dutyholders must also make regular reports to regulators (see below) to confirm that safety risks are being managed. It's unclear which party in a construction project would be the dutyholder. For social housing developments, this will presumably be the landlord, so it's likely that employers will look to contractors and developers to warrant construction works and ongoing maintenance and safety checks. It's less clear how the "dutyholder" role will work in private developments, especially where buildings are sold post-completion and maintenance obligations are outsourced to third parties. New regulatory body – The Report recommends the setting-up of a single Joint Competent Authority (JCA) to regulate and check fire and structural safety in high-rise residential buildings. The JCA would comprise local authorities, fire and rescue authorities and the Health & Safety Executive, and be independent from employers, designers and contractors. The Authority would assess building designs (see below) and review safety measures throughout the building's life-cycle, and respond to reports of safety risks. Serious penalties would be levied against those "who choose to game the system and place residents at risk”. If implemented, JCAs could add significant time and cost to development projects for employers and developers, in addition to planning and other statutory requirements.

New regulatory body – The Report recommends the setting-up of a single Joint Competent Authority (JCA) to regulate and check fire and structural safety in high-rise residential buildings. The JCA would comprise local authorities, fire and rescue authorities and the Health & Safety Executive, and be independent from employers, designers and contractors. The Authority would assess building designs (see below) and review safety measures throughout the building's life-cycle, and respond to reports of safety risks. Serious penalties would be levied against those "who choose to game the system and place residents at risk”. If implemented, JCAs could add significant time and cost to development projects for employers and developers, in addition to planning and other statutory requirements.

Gateways for building projects – Dutyholders for high-rise buildings would be expected to submit building plans to the JVA, and demonstrate they can properly account for the safety of the completed building. The JVA's permission would need to be sought before building projects can move to agreed phases or to occupation. Significant changes to building plans would also need to be approved by the JVA before building could proceed. If this is implemented, social housing employers would need to consider how application costs would be apportioned, and how rejections of building and safety plans would be absorbed into building timetables.

Involving residents – The Report recommends better resident involvement in decision-making through support of residents’ associations and tenant panels, and that residents should be given a "no-risk route" to escalate concerns on fire safety through an independent statutory body. If implemented, parties would need to consider how any time and cost delays as a result of resident complaints would be managed.

Updating building standards and guidance – The Report criticises the current Building Regulations for being ambiguous and incomplete, and recommends new regulations and guidance that "are simpler to navigate but reflect the complexity of building works". Dame Judith recommends that ownership of building standards and technical guidance should rest with the building industry as “the intelligent lead in delivering building safety”, with oversight from a government organisation. No recommendations were made about banning specific products, though the Government has already announced plans for a public consultation on banning combustible cladding materials.

Revised testing and labelling regime – The Report recommends a more effective product-testing and labelling regime, with better product traceability and periodic reviews of test methods and standards . The new regime would be underpinned by "a more effective market surveillance system operating at a national level", though stops short of recommending a new national standards authority.

Digital record keeping – Citing industry-wide failings in auditing and record-keeping, the Report recommends a new requirement for digital records for all high-rise buildings, from initial design through to construction, and including any changes that occur throughout occupation.

Procurement – The Report identifies procurement as the process that "kick-starts" the behaviours seen throughout the design, construction, occupation and maintenance stage of a building project. There is heavy criticism of lowest-price tendering, which encourages a "race to the bottom" culture and prioritises cost savings over safety. Procurers are encouraged to consider best value and whole-life costing" as an alternative to lowest-price bidding. Tenders for high-rise buildings will be required to set out how the solution will produce safe building outcomes, and these proposals must be tested during the tender evaluation process. If implemented, these requirements are likely to increase the time and complexity of tender exercises, the costs of which are usually borne by bidders.

Contract terms – The Report repeats many of the recommendations of the 1998 Egan Report "Rethinking Construction" (which Dame Judith cites approvingly in her Foreword), recommending collaboration between clients, contractors, designers and suppliers, though the Report adds that accountability should not be "handed down" to the supply chain. Contracts with low contractor margins and restrictive payment practices such as retentions should be avoided as they put pressure on the supply chain to save costs by using cheaper and unsuitable materials. The Report also recommends that contracts for high-rise buildings state that safety requirements should not be compromised for cost reduction. It's unclear whether these recommendations will become legally enforceable or remain as best practice suggestions. Either way, employers may need to adopt their contracting processes to suit more collaborative ways of working, and rethink how price and quality are assessed.

It's unclear how the Government will respond to the Report. However, the forthcoming consultation on cladding materials suggests that the Government will, against Dame Judith's advice, cherry-pick the most high profile safety issues, rather than make whole-scale industry changes she recommends.