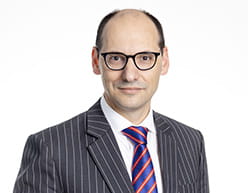 In the last two years, Bahrain has focused on securing its place as a destination for international foreign investors, particularly within the GCC.

The government has approved a raft of measures aimed at improving systems and processes for incorporating companies, clarifying and updating regulatory frameworks, and allowing companies to do business more effectively within its borders.

One of the first significant changes came in 2015, when the capital requirements for establishing new businesses were lowered, immediately resulting in the number of commercial registrations in the kingdom increasing threefold, from 9,130 registrations in 2015 to 31,600 in 2016. The introduction of a new commercial registration portal, called Sijilat, shortly afterwards has also speeded up the process, such that it is now possible to achieve a registration in a matter of hours, before necessarily completing all the documentation.

There have been clarifications of the labour laws, providing more certainty on employee costs, and the visa process has also been significantly improved, with prices coming down and the process of obtaining work permits eased.

In July 2016, the government approved an amendment to the existing Commercial Companies Law that will allow foreign investors in Bahrain to acquire 100% of businesses when they do deals in a wide range of sectors, including food, entertainment and leisure, manufacturing, scientific and technical and information and communications activities.

One sector Bahrain is particularly focused on developing is financial technology, where it has been working to establish a regulatory framework for the incubation of fintech companies.

Brian Howard, a partner in Trowers & Hamlins’ Corporate team, based in Bahrain, says: "Financial technology fits very well in Bahrain, which has one of the most developed IT and telecommunications infrastructures in the region. It is now working to create an equivalent of Silicon Valley as part of its investment plan, servicing asset managers, banks and financial institutions around the globe."

The government has also introduced legislation to support crowdfunding, with a view to providing a quick, safe and easy environment for GCC-based entrepreneurs with great ideas to get access to funds. Amazon’s cloud computing arm, Amazon Web Services (AWS), has recently announced ambitions for its first data centre region in the Middle East, with plans for three cloud computing zones to launch in Bahrain by early 2019. Amazon has beaten Google and Microsoft to become the first to announce a cloud region in the Middle East, and also intends to open offices in Dubai and Bahrain in the near future.

Nick Green, a Corporate Partner in the firm’s Bahrain office, says: "AWS looked around the whole of the GCC before announcing a decision to come to Bahrain. The country is certainly jumping ahead in the fintech sector – that’s a great example of Bahrain working, as a slightly smaller jurisdiction, in a more nimble way to make the most of opportunities."

Another legislative development sees Bahrain on the brink of introducing new bankruptcy laws that will give better protection for businesses, and especially start-ups, against the risks of failure. The new rules could include a regime based on the model of Chapter 11 bankruptcy protection in the United States, allowing entrepreneurs the ability to fail but regroup and reorganise before moving forward, with room to negotiate with creditors to come up with workable solutions.

On the private client side, the trust laws in Bahrain have been overhauled in the past year, introducing a much more flexible model based on that of Jersey and recognising, for the first time, trusts established and governed under the laws of foreign jurisdictions.

"We are receiving a lot of instructions based on the new trust law," says Howard, "which is something Bahrain can be really proud of. Bahrain has always had a relatively open economy for foreign investors, but with the drop in the oil price it is now even more focused on growing its non-oil sectors and encouraging entrepreneurialism. The trust law plays its part in ensuring that family businesses can be handed over and controlled in a professional manner."

Overall economic growth in the country for the first three months of the year was 2.9%.

For businesses looking to enter the GCC, Bahrain has become increasingly popular with expatriates looking to live and work in the region, in part thanks to its easy links to Saudi Arabia. Despite being the giant of the GCC, Saudi Arabia is more restrictive in its approach to foreigners, and Bahrain’s free economy means many people choose to live and work in the kingdom for its way of life, which includes great restaurants and entertainment. As an island country in the Persian Gulf, it is connected to the northeastern coast of Saudi Arabia by the 25km King Fahd Causeway, and plans are underway for a second causeway that could deliver both road and rail links between the two countries.

The new bridge is just one example of a significant investment in infrastructure that is also being orchestrated by Bahrain’s government. A US$1.1 billion project is currently underway to construct a new passenger terminal at the airport, as well as upgrading the existing main services building and aircraft bay, and there are also plans to modernise the aluminium smelter. Bahrain’s most prominent non-oil industry is the Aluminium Bahrain (Alba) plant, which supplies various downstream manufacturing plants and consistently ranks as one of the largest smelters in the world. The upgrade project kicked off at the end of 2016, with a view to being more cost and energy efficient by increasing productivity.

Howard says: "Bahrain has a highly-educated workforce that is both bilingual and entrepreneurial. With all these recent changes, it is reasserting itself as a useful hub for foreign direct investment in the region. It was the first country in the GCC to sign a free trade agreement with the US, and it is now looking to build on that."

Green concludes: "For international businesses looking to set up in the GCC, Bahrain really does now offer a reasonable alternative to the UAE and Qatar. Now the Economic Development Board of Bahrain is going on a promotional drive around the world, and has set up offices to promote Bahrain as a jurisdiction for those looking to get a toehold in the region, we see a lot of opportunities for investors here."