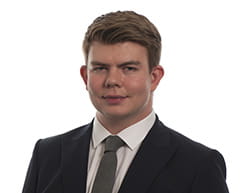 Ms Bamber was the tenant of Livewest Homes Limited (Livewest). Livewest had previously tried to evict Ms Bamber in proceedings that were pending before the Court of Appeal but these were determined by consent on the basis that Ms Bamber was granted a further seven year fixed term tenancy. Livewest sought to combine a starter tenancy with a two-year plus fixed-term assured shorthold tenancy by providing in the tenancy agreement (as an express written clause) that within the first 12 months (extendable to 18 months in certain circumstances) it could exercise a break clause to end the fixed term by giving two months’ written notice.

Following allegations of anti-social behaviour in the starter tenancy period, Livewest served a notice upon Ms Bamber purporting to both exercise the two month break clause and be a Section 21 Notice. The decision to serve the notice was upheld on review by Livewest and three months later, possession proceedings were issued.

It should be noted that by virtue of s21(1B) of the Housing Act 1988 (HA 1988), where an assured shorthold tenancy is granted by a social landlord for a fixed term of at least two years, the landlord must first serve six months' written notice if the landlord does not intend to grant another tenancy at the end of the fixed term.

Ms Bamber's defence therefore was based on the fact that she had not been served with six months' notice under s21(1B) of the HA 1988. She maintained that this was required because the tenancy's fixed term was for more than two years.

Livewest agreed that the tenancy's original fixed term exceeded two years, but argued that the operation of the break clause had ended this fixed-term tenancy, which removed the obligation to serve a notice pursuant to s21(1B) of the HA 1988. The first instance judge agreed with Livewest's argument.

Ms Bamber appealed to the High Court against that decision, but the appeal was dismissed by Dingemans J.

The decision, if not appealed, means that a social landlord can trigger a contractual break clause within the starter tenancy period in a two-year plus fixed-term assured shorthold tenancy in order to end a fixed term early.