Peters v Haringey – expanding the art of the possible 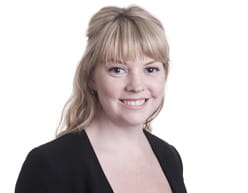 At a time when pressure to deliver housing continues to increase, the ruling in Peters v London Borough of Haringey will be welcomed by a wide range of housing stakeholders.

The judgement represents the first substantive analysis of how the term "commercial purpose" should be interpreted when a local authority is exercising the general power of competence pursuant to the Localism Act 2011 (the Act) – in this case concerning the decision to enter a joint venture with Lendlease in the form of a Limited Liability Partnership (LLP) as part of a major housing-led regeneration initiative.

Partnerships are increasingly used by the private and public sector to escalate housing delivery – usually because of a clear symbiosis of interests. Many public authorities (e.g. local authorities, combined authorities, Homes England, NHS trusts) have robust housing objectives and access to land or funding but lack development resource. Housing associations and private developers are well placed to fill this resource and the potential for capital and/or revenue generation (in the form of private sales or rental income) is welcomed by both partners.

When considering a partnership vehicle, an LLP can be attractive as it provides governance flexibility and tax transparency – the latter is particularly appealing to charitable housing associations and local authorities (who do not pay corporation tax). Until this judgement, however, there was considerable uncertainty as to how to interpret the prohibition in Section 4(2) of the Act on using LLPs where the authority (i) is relying on its general power of competence under Section 1 of the Act; and (ii) is doing so for a "commercial purpose".

Mr Justice Ouseley determined that Haringey's purpose in entering into the LLP was non- commercial and the authority was therefore not in breach of Section 4(2) of the Act. His analysis focused on the following principles:

Who is impacted by the Haringey case?

This decision is clearly significant to local authorities – those who so far eschewed joint venture arrangements may wish to consider direct participation in an LLP structure, either with the private sector or with another public authority, on the basis of purposes which are predominantly non-commercial.

Certain combined authorities have the same powers as those set out in Section 1 and 4 of the Act, therefore the Haringey analysis of "commercial purpose" will be relevant – particularly where these are in the early phases of housing development, the opportunity to partner with an established developer or housing association through an LLP could accelerate delivery.

Whilst there has been an increased appetite for joint venture arrangements in the sector generally, private sector developers and housing associations may wish to use the judgement as a catalyst for discussions with public authorities about new housing delivery partnerships.

We set out below additional principles that follow on from the Haringey judgement – these should be considered by both public authorities and their partners when establishing an LLP:

For the time being, the judgement in Haringey has provided much needed clarity to the question of when a public authority has the power to directly participate in an LLP. However, residents opposed to the Haringey LLP have expressed an intention to appeal the decision therefore, provided they are given leave, this may not be the final word in the matter. In the meantime, if public or private partners have been considering the use of an LLP, now is the time to take action.