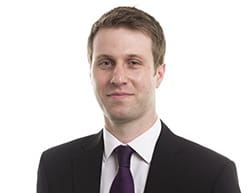 Easements and restrictive covenants on land can complicate the design of schemes and cause delay in their implementation, or even in some cases sterilise a potential development site altogether. To ensure that there are no impediments to proposed development, it may be necessary to deal with third party rights.

Those third party interests could be rights of light, rights of way, covenants restricting land to certain uses or rights allowing underground services to pass beneath neighbouring properties.

Local authorities have long had the power to override easements and restrictions for both the construction and use of development. That power previously under the Town and Country Planning Act 1990 was replaced on 13 July 2016 by section 203 of the Housing and Planning Act 2016 (Section 203). The power under Section 203 is broadly similar to the previous provisions but extended the power to all bodies with compulsory purchase powers. That said, local authorities remain the key bodies for driving regeneration.

This has gained even more prominence in recent years due to increased focus on large scale redevelopment and regeneration projects for housing on brownfield sites. Regeneration and redevelopment projects will, almost always, take place on previously developed land, therefore are likely to be affected by third party rights or restrictions.

The Section 203 power applies where:

Importantly successors in title to the local authority such as housing associations or private developers will also benefit from the power once they interfere with a third party right in the course of development for which Section 203 has been engaged.

The power applies to land which has been purchased or compulsorily acquired by local authorities since Section 203 came into force. A local authority may also agree to appropriate land they have held historically, such as a housing estate or sports field, in advance of a sale to a third party in order to engage Section 203.

The provision can also be used in conjunction with major development proposals even where land is already owned by a private developer, by temporarily transferring or leasing to a local authority in order to utilise the Section 203 power. This is with the intention of ensuring that third party rights do not prevent the taking forward of a development or create a 'ransom' situation that to overcome on commercial terms may make a development unviable. A high profile example of this occurred recently where the London Borough of Hammersmith and Fulham resolved to engage Section 203 to prevent a right of light dispute blocking Chelsea FC's stadium redevelopment. They did this by acquiring a leasehold interest in small amount of airspace above the ground from Chelsea, which will be later leased back to the club.

Whilst the prominence of Section 203 has increased in recent years, local authorities are also becoming more stringent in their requirements before they agree to use their powers. Using Section 203 overrides a property interest of a third party, a draconian action by a public body, so should only be engaged where there is a strong case for doing so in the public interest. It is understandable that a local authority or developer may wish to unlock stalled developments, but they will need to consider carefully whether using their power is appropriate in the circumstances of each case, given the risk of judicial review if it is not used properly.

A new requirement of Section 203 is that the power is available only where the authority also would be able to acquire the land compulsorily. At present, it is unclear what the intention is behind this requirement and it is likely that further guidance from Government or the courts will be required to clarify the point. However it is clear that some consideration of compulsory purchase principles should be undertaken before engaging Section 203 to override private rights. This may include evidencing that use of Section 203 would benefit the economic, social or environmental wellbeing of the surrounding area. Individual decisions will turn on the facts of each particular development but some of the overarching issues that will need to be considered include:

In every case, it is important for the local authority and/or developer to show that the use of the power is a last resort. A local authority/developer must first genuinely endeavour either to avoid interfering with the rights or to negotiate a deal for the right to be released by agreement.

Third parties, like under CPO, will be protected in such case by the entitlement to compensation if their rights are overridden.

Whilst using Section 203 to override easements such as rights to light, allows the construction or maintenance work to be carried out even if it interferes with such a right, compensation will need to be paid. This is calculated on a diminution in value basis which is normally much lower than what would be negotiated on a ransom basis. Therefore use of Section 203 has financial benefits, as well as giving certainty on dealing with the rights in question.

Section 203 is often perceived to be a 'magic wand' waved by local authorities at the request of developers to make a site deliverable. It is a very important power, one that does and will continue to feature heavily in unlocking underused brownfield sites for development, vital to meeting local and national housing development targets. However developers and local authorities should ensure that processes followed when using Section 203 are robust. Legal challenges on use of this power are expected in the coming years and the legal requirements will no doubt be developed. The cost of exercising these powers incorrectly could be extremely high.