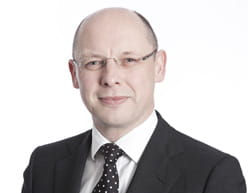 In the UK Autumn Budget on 22 November 2017, the government announced a significant change in the taxation of inward investment into UK real estate.

The change is due to take effect as from 1 April 2019 and draft legislation will be published in summer 2018. Comments to the government must be submitted by 16 February 2018.

At present, inward investors (not traders) into UK commercial real estate do not pay UK tax on any gains realised on sale of the property. This is provided the purchase is by way of investment, not trade, and the owner is not tax resident in the UK. The government proposes to bring such gains into the UK tax net in relation to gains accruing as from 1 April 2019.

At present, only some inward investors into UK residential real estate pay UK tax on any gains realised on sale of the property but the government is proposing to bring all such gains into the charge to UK tax.

Therefore, all direct disposals of UK real estate (whether residential or commercial) will be subject to UK tax from 1 April 2019, subject to the limited exceptions mentioned below.

The government also announced a second significant change, in relation to gains from indirect disposals of UK real estate (whether commercial or residential) by inward investors; for example, the sale of a property company by its overseas owners. Such gains will also be brought into the UK tax net as from 1 April 2019.

Not all indirect sales of property will be affected. The entity has to be "property rich": that is, an entity where 75% or more of the gross asset value (ignoring liabilities) derives from UK land, and the overseas owner (including related parties) has to hold, or have held at some point in the previous five years, at least a 25% interest in the entity.

The government recognises that it is possible that the revised rules for the operation of the Substantial Shareholding Exemption for institutional investors, introduced earlier this year, may relieve gains under the rules for indirect sales described above.

The government also proposes an exemption for entities that are generally exempt from UK tax on capital gains, for example, certain pension funds and sovereign wealth funds. In addition, some tax treaties may protect gains from indirect disposals being subject to UK tax.

There will be what is known as "anti-forestalling" rules ahead of the changes. Essentially, these rules are designed to prevent "treaty shopping" so as to avoid the impact of the new rules. In the longer term, the government's intention is to revise all relevant double tax treaties in line with the new rules. There will also be what is known as a Targeted Anti- Avoidance Rule (often called a TAAR), which will disapply arrangements entered into, the main or one of the main purposes of which is to avoid the new rules.

These changes will affect existing real estate investments as well as those purchased after the change comes into effect. The value of properties owned as at 1 April 2019 will be rebased to calculate the post-1 April 2019 gain subject to UK tax. So far as UK tax filing obligations are concerned, in addition to the obligation on the seller, the government intends to require (in some circumstances) that certain UK advisors involved in an indirect sale should notify HM Revenue & Customs that a disposal has taken place.

It is anticipated that these proposals will, in more or less the same form as just announced, be introduced as from 1 April 2019. Accordingly, all existing and proposed structures for inward real estate investment, particularly in relation to commercial real estate, should now be reviewed. The next step in the process will be for the government to publish a response document to comments submitted with draft legislation in summer 2018.

We will monitor all developments in the months and years ahead.