Loan security in a deregulated world 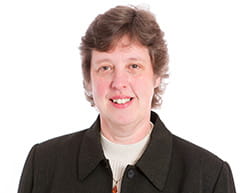 The coming into force of the deregulation provisions of the Housing and Planning Act 2016 should make giving security for social housing loans easier, but there are a few, perhaps less than obvious, consequences that need to be borne in mind.

The headline is that charging of social housing assets will no longer require HCA consent under section 172 of the Housing and Regeneration Act 2008. Although many housing associations have had the benefit of a general consent which covers most types of property charging, there are still many who don't have this consent and for all housing associations there have remained categories of charging where a specific consent application has still been required, for example charges given to support index- linked structures or to finance certain types of on-lending.

But despite this apparent new freedom, there remain a number of practical restrictions on a housing association's ability to charge its social housing assets – these are highlighted in the HCA's recent guidance "Deregulatory measures for social housing regulation from 6 April 2017" (published in February 2017) and include:

This guidance also makes the point that the Regulator will not be able to give any such consents in the future. This means the HCA will no longer be able to give any consents in relation to charges given at some point in the past. So, for example, if reliance is being placed on an existing charge for which HCA consent cannot be evidenced, it is no longer an option to go back to the HCA and ask them to confirm their consent. For this reason, it is a good idea to keep hold of historic consents. Pre-existing security may be restructured or amounts owed under it may be increased and there may still be a need in the future to be able to evidence that security was validly given in the first place.

Bear in mind also that the Regulator may wish to ask questions and seek assurances after the event. In support of this, a new notification regime will be introduced on 6 April 2017. The detailed requirements for this have just been announced (March 2017). All housing associations will have to provide details of properties charged to support "Non-Standard Finance disposals", which includes sale and leaseback transactions and "other new and novel arrangements". Only housing associations with less than 1,000 social housing units will have to notify details of all charging of social housing in support of finance transactions. In all cases the details required look to be a lot less onerous than on the current application form – for example only the numbers of properties being charged (not the addresses of each) have to be provided.

Deregulation will also have a potentially significant effect on all properties which were originally transferred by a local authority to a housing association.

Until now, all such properties have only been attributed existing use (EUV-SH) value for loan security purposes given that any disposal of these properties would require the consent of the HCA under section 133 of the Housing Act 1988. This applied not only to the original LSVT stock, but also newbuild properties on stock transfer land.

The requirement for this consent will also be removed as part of deregulation which means that in principle all former LSVT properties could be valued on a market value subject to tenancies (MV-T) basis instead.

This looks to be a point for much discussion between housing associations and their funders in the future, but the practical effect of this change may be limited, at least in the short term, for a number of reasons such as:

Early indications are that there would not necessarily be an automatic uplift in value to MVT for LSVT stock already in charge, but that possibly further due diligence may be required by funders.

Valuers have suggested that it may be time for a new definition of EUV-SH, but they query whether this would be accepted by funders. We wait to see how funders will direct valuers and in turn, how valuers will seek to reflect the behaviour of housing associations in the new deregulated world.

Housing associations which are registered charities

For those housing associations which are charities registered with the Charity Commission, a further consequence of deregulation is that the giving of any new security post-6 April will require the provisions of the Charities Act 2011 to be complied with. In order to give security these housing associations must certify that they have been advised