Registered provider – how to deal with a statutory demand 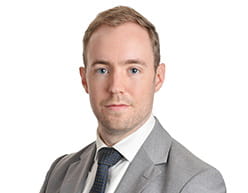 It is not uncommon for a registered provider (RP) to be on the receiving end of a statutory demand, the most tempting (and worst) solution is to bury it in the top drawer. If a statutory demand is received, there is a good chance that a winding up petition will follow three weeks later if the debt is not paid. If an RP does receive a statutory demand, it will need to consider its options quickly and take decisive action to deal with it appropriately.

The first three questions for an RP to consider on receipt of a statutory demand should be these:

Is the demand in the appropriate form?

Many companies will prepare their own statutory demands and procedural mistakes are common. We anticipate these mistakes will increase in light of the new 2016 Insolvency Rules which took effect from 6 April 2017. Procedural mistakes are also common in the winding up petition itself, such as (for an RP) including reference to the Companies Acts, rather than the provisions of the Co-operative and Community Benefit Societies Act 2014. A procedural defect in a demand (or winding up petition) may lead to the proceedings being dismissed for breaching the prescribed requirements of the Insolvency Act 1986 and Insolvency Rules 2016.

Is the debt genuinely disputed?

There could be any number of reasons why an invoice has not been paid. If the debt is genuinely disputed, insolvency proceedings (and therefore the demand) are not appropriate and the insolvency court is not the correct forum. If you think this is the case, you should write to the demanding party as soon as possible seeking an undertaking to prevent a winding up petition being issued. If no undertaking is given, an application should be issued to restrain the issue of a winding up petition. If you only dispute part of the debt, you should also pay the undisputed part.

Who do we need to tell about the demand?

In accordance with the Governance and Financial Viability Standard, "registered providers shall communicate in a timely manner with the regulator on material issues that relate to non-compliance or potential non-compliance with the standards." Insolvency proceedings against an RP certainly falls within "potential non-compliance" so a winding up petition, and even a statutory demand depending on the severity of the circumstances, should be disclosed to the relevant authority and prompt advice sought. "Timely manner" is an ambiguous phrase so it is not clear exactly how quickly the relevant authority need to be updated. What is clear is that any delay should be brief and with good reason.

RPs may also be required to inform others whom they have commercial relationships with. Typically, an office lease will require that the landlord is informed that the tenant is subject to insolvency proceedings and commercial supply agreements with business parties may have similar clauses, although these clauses may only apply to a winding up petition and not a statutory demand. The relevant agreements will need to be reviewed but, the general rule is disclose the issue early but set out the steps currently underway to resolve the issue.