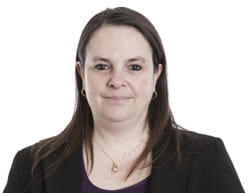 The Supreme Court has declined to depart from its earlier decision in Ali v Birmingham City Council [2010] namely that the duties imposed on local housing authorities under Part VII of the Housing Act 1996 did not give rise to civil rights or obligations and that accordingly Article 6 of European Convention of Human Rights did not apply.

Local housing authorities duties under Part VII are discharged if an applicant refuses to occupy accommodation that it is considered to be suitable for them.

In Poshteh (applicant) v Royal Borough of Kensington and Chelsea (Respondent) [2017] Mrs Poshteh was an Iranian national who had been imprisoned and tortured in Iran which caused her to suffer from post-traumatic stress disorder. In 2009 she was granted asylum and given indefinite leave to remain in the UK. She applied to Royal Borough of Kensington and Chelsea, for accommodation as a homeless person. The local authority offered her temporary accommodation as a homeless person and accepted that it owed her a duty to secure accommodation for her under section 193 of the Housing Act 1996. Mrs Poshteh then applied for permanent housing assistance and submitted medical reports recommending that she was not housed in a high rise building or one needing a lift access.

In 2012 the local authority made Mrs Poshteh a final offer of a first floor flat in a low rise block which was accessed by one flight of stairs, there was no lift access. The living-room had two windows, one round and three feet in diameter, the other a three foot by five foot rectangle. Mrs Poshteh refused this offer on the basis that she had suffered a panic attack when she visited the property, and she found the property "scary" She said that one round window was like a cell window, which triggered flashbacks to her imprisonment. However, her medical reports had not specifically mentioned that she should not be housed in a building with round windows. She therefore accepted that the window was bigger than the one in her cell and that the flat would have been suitable as temporary accommodation. The local authority treated her refusal as bringing its duty under section 193 to an end.

Mrs Poshteh subsequently provided letters from her doctor and a therapist which stated that her mental state meant she would be unable to accept any offer of high-rise accommodation reminiscent of a prison cell. The local authority treated these letters as a request for a review and commissioned its own medical report which confirmed that the offer of accommodation was suitable on medical grounds. The reviewing officer upheld the decision that the housing duty had been discharged and a further review by the local authority upheld this decision.

By reason of paragraph 7F of section 193 of the Housing Act 1996 the local authority had to be satisfied that the accommodation was suitable for Mrs Poshteh and that it was reasonable for her to accept the offer. The latter requirement has now been removed by virtue of section 148(9) (d) of the Localism Act 2011 but was not in force at the time.

Mrs Poshteh subsequently sought permission to appeal to the Supreme Court which dismissed her appeal confirming:

The Supreme Court rejected this ground of appeal. It stated that Mrs Poshteh's argument that the decision letter issued by the reviewing offer had failed to deal with a number of "subjective" factors relating to her claim, and in particular the panic attack that she had suffered when she had visited the property, could be considered to amount to "overzealous linguistic analysis" of the  decision letter.

The Court stressed the importance for reviewing officers to ensure that their decision letters are compliant with the Housing Act 1996 and the Equality Act 2010. However, at the same time the Court recognised that reviewing officers have other issues to consider such as the housing shortage and demands from other applicants.

The reviewing officer had failed to address Mrs Poshteh's panic attack but this was not unreasonable given she had not mentioned this to the local authority or to her medical advisors at the time.