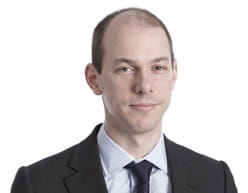 The flexible co-working provider will occupy 130,000 sq ft across eight floors of the building near Holborn Underground station, which it will revamp. Once open, it will become the Midtown hub for the rapidly expanding company which has opened 24 locations in London in the last four years.

Partner, Sam Folley who led on the deal said:

"For our client this was a fantastic opportunity to let the circa 130,000 square foot of prime Midtown office space which has recently been vacated by the UK Government. We secured a surrender and substantial dilapidations settlement for PNB in February, before negotiating a development agreement and lease with WeWork. We look forward to working with PNB on other exciting opportunities in the future."

“We are pleased to have inked this long-term lease with WeWork as it provides the opportunity to transform the building and enhance the value of the property. Aviation House was built in 1991 and it has been almost 20 years since its last revamp. We look forward to seeing the improvements and vibrancy that WeWork will bring to the building and to explore other opportunities to collaborate with WeWork in the future.”