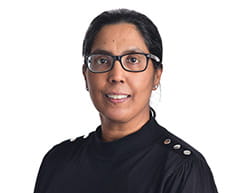 In light of the recent change in NHBC policy wording, how can Registered Providers ensure that deposits released on exchange of contracts are repaid if the developer defaults or becomes insolvent?

Following months of economic turbulence and anticipation of market downturn, developers are increasingly asking Registered Providers (RPs) to release deposits on exchange in affordable housing deals to assist the overall project cash flows. Even in the good times this was fairly common practice and was considered acceptable by both parties as long as the deposit was adequately secured in some way. By releasing the deposit, RPs could leverage their relatively lower cost of capital to assist the developer's cash flow, usually in return for a slightly lower package price.

One of the most frequently used methods for securing repayment of the deposit was for the developer to include the optional pre-completion contractor insolvency cover under NHBC's Buildmark Choice warranty. The longstanding policy wording had until recently covered repayment of deposits or other payments already made under the contract, usually up to 10% of the contract value.

But for schemes registered with NHBC after 1 April 2022, a revised policy now applies and deposits are no longer covered. The official reasoning being that the previous policy wording was considered to be a moral hazard, incentivising excessive risk taking by RPs. The revised policy still offers cover for cost overruns where the RP steps in to complete the construction of the dwellings following insolvency of the developer, as this was assumed to be the key concern for RPs on development acquisitions.

Whilst NHBC have said that they will still provide security for released deposits on a case-by-case basis (by issuing a side letter to reinstate the previous policy wording), where this is not given, what other methods could RPs use to secure repayment of deposits if the developer becomes insolvent?

Whilst each of these alternative options would require some degree of additional complexity, that may become a worthwhile trade off in the absence of the more straight-forward solution of using NHBC pre-completion contractor insolvency cover.

But in all cases, RPs will likely be scrutinising developers' financial health with increasing rigour and may adopt more conservative payment profiles in light of the growing concerns over the risk of insolvencies in the housebuilder sector.