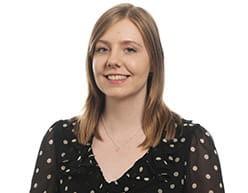 After receiving Royal Assent on the 28 April 2022, certain provisions of the Building Safety Act (the Act) have come into force immediately, but many key provisions are awaiting further regulations from the Secretary of State over the coming months.

However, the first statutory instrument under the Act has now been brought into force. The Building Safety Act 2022 (Commencement No. 1 Transitional and Saving Provisions) Regulations 2022 (the Regulations) were published on the 19 May 2022 and provide detail on when some provisions in the Act come into force. They are the first commencement regulations made under the Act and we are expecting many more regulations over the next 18 months as further detail of the new regime is implemented.

The Regulations set out certain provisions which will come into force over the next six months following Royal Assent:

Provisions coming into force on the 28 May 2022

Regulation 2 provides that section 132 of the Act, relating to orders for information in connection with Building Liability Orders, will come into force on the 28 May 2022. This is for the purpose of making regulations only.

Provisions coming into force on the 28 June 2022

Provisions coming into force on the 28 July 2022

Regulation 4 provides that section 48 relating to the removal of insurance requirements for approved inspectors from the Building Act 1984 will come into force on 28 July.

Provisions coming into force on the 1 October 2022

Regulation 5 provides that section 160 of the Act comes into force in October. This section removes the existing requirements for social housing residents who wish to escalate a complaint to the Housing Ombudsman to either wait eight weeks or utilise a ‘designated person’ (i.e. "the democratic filter").

Regulation 6 provides for transitional provisions in relation to the Regulator's first strategic plan.

Finally, Regulation 7 contains saving provisions to ensure regulations made under paragraphs 5 and 9 of Schedule 1 to the Building Act 1984 remain in force notwithstanding the repeal of those paragraphs.

Given that some areas within the Act are already in force or coming into force over the next few months, it is therefore important for everyone in the sector to get to grips with the regime and in particular, become familiar with the provisions which are being implemented imminently.