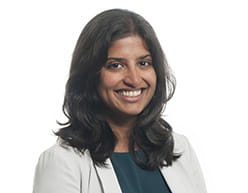 Applications for Wave 2 of the Social Housing Decarbonisation Fund are expected to open in August/September 2022. What should landlords expect?

Decarbonising the social housing stock is an integral part of the Government's Net Zero strategy. The costs, however, seem prohibitive - the National Housing Federation and Savills have estimated that decarbonising the current social housing stock in England will cost the sector at least £36 billion*. The Government's Social Housing Decarbonisation Fund (SHDF) is intended to provide £3.8 billion of funding over a ten year period to help social landlords kickstart their retrofit decarbonisation works. £240 million of this funding has already been released via an earlier SHDF Demonstrator and Wave 1 of the funding and the Government has announced a further £800 million for Wave 2.

There has been a significant scale up in Wave 2 funding when compared to previous waves. BEIS have said that Wave 2 is about "delivering appropriate retrofit at scale". In order to achieve this, BEIS are considering including a minimum bid size of 100 social homes per project. Landlords who cannot meet this number will be able to form a consortia with other landlords. This minimum threshold is intended to drive larger-scale projects to deliver economies of scale.

In previous waves, bids could only be led by Local Authorities. Housing Associations therefore had to join consortia led by Local Authority leads. BEIS have now indicated that they are changing the mechanism used to allocate the funding which will allow housing associations (and ALMOs that are registered providers) to lead bids.

Wave 1 was focussed on three key principles: (1) Fabric First (where heat loss prevention measures were prioritised over other energy efficiency measures); (2) Worst First (allocating larger spending caps to properties with lower EPC ratings); and (3) Lowest Regret (minimising the potential for energy efficiency measures to be replaced in the future in order to meet Net Zero commitments).

It is likely that an increased proportion of the Wave 2 funding will be focused on the installation of low carbon heating measures such as heat pumps.

BEIS are also looking to encourage the "digitalisation" of retrofit. Details are still being finalised but BEIS are considering allocating a portion of bid funding solely towards meeting "digitalisation" costs. This could include data collection measures, the streamlining/standardising of retrofit design or other innovative uses of digital technologies.

BEIS has indicated that applications will open in late August/early September 2022. Given the likely competition for funds, early preparation is essential to identify suitable properties, scope projects and agree suitable procurement routes. Landlords will need to be ready for the launch of Wave 2.