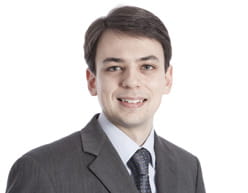 After receiving over 600 responses to the Green Paper on Transforming Public Procurement the Government published its Response to the consultation on 6 December 2021.

In addition to amending some of its initial proposals to address feedback raised by the respondents, the Government has also provided some clarification within the Response itself and also promised much-needed guidance in the future. This article briefly outlines the main implications arising from each chapter of the consultation that local authorities need to be aware of ahead of new legislation coming into force.

In the interest of clarifying the obligations imposed on contracting authorities the Government has decided to divide the proposed general principles of public procurement into (1) principles and (2) statutory objectives. The former will include transparency, non-discrimination and fair treatment of suppliers whilst the latter will include public good, value for money, integrity and a new objective of promoting fair and open competition. It seems that the principles are intended to impose obligations on contracting authorities whilst the statutory objectives are intended to influence decision-making throughout the procurement process. In response to concerns raised during the consultation the Government clarified that proportionality will not feature as a principle or objective but will instead be woven into the drafting of specific areas of the new regulations. Councils will need to stay alert to how these procurement building blocks will need to be addressed once legislation is passed, with the need to "have regard to" a new National Procurement Policy Statement being one such method of implementation.

The Response also outlined that whilst the proposed Procurement Review Unit (PRU) will undertake a similar role to the current Public Procurement Review Service (PPRS) (formerly known as the "Mystery Shopper Service"), its main focus will be on tackling systemic or institutional breaches of the regulations and it will largely act on referrals from other government departments or data from the proposed digital platform(s). This may come as a relief to councils concerned about the resources that might have been needed to engage with a new inspectorate which, it was feared, could have questioned individual procurement processes (although the could still be in the firing line if reported for systemic breaches).

The Government's intention is to combine the existing four sets of regulations into a single, uniform framework. In response to concerns raised during the consultation the Government confirmed that the new set of regulations would retain sector specific differences for utilities and defence procurement.

Whilst the Government provides reassurance that contracting authorities will recognise the structure, application and scope of the new regulations, they propose that the more complex EU terminology will be replaced by clearer and simpler language. If done well, this should help councils' purchasing officers and senior leaders to navigate procurement processes that they don't engage with on a regular basis.

Chapter 4: Awarding the contract to the right supplier

The transition from Most Economically Advantageous Tender (MEAT) to Most Advantageous Tender (MAT) enables contracting authorities to take account of wider considerations beyond price or other economic criteria when awarding contracts. Other points worth noting include that it will be possible for the award criteria to be unrelated to the subject matter of the contract in specified circumstances (using a targeted repeal of s17 of the Local Government Act 1988 – details yet to be confirmed), and that evaluation no longer has to be made solely from the point of view of the contracting authority. Councils are at the forefront of procurement innovations to get the best deals for their communities. It is hoped that MAT will give local government more levers to pull to achieve this.

The Response also confirms the proposal to introduce a new exclusions framework for dealing with unacceptable bidder behaviour. Among other things, this new regime will entail a five year time limit for both mandatory and discretionary grounds, a centrally-managed debarment list and potential expansion of the current exclusion grounds to more easily take account of past poor performance. Being unable to exclude poorly performing suppliers from future procurements is a recurring frustration for councils. This may provide a solution, but again the devil will be in the detail.

In addition to changing the name of the DPS+ model to the Dynamic Market, the Response also confirms that this tool can be used for all types of procurement as opposed to only common goods and services. In respect of the proposals for open and closed frameworks, the Government clarified that it will be possible to exceed the respective maximum durations, provided a relevant justification is published in the tender notice. Information relating to the nature, scope and overall maximum estimated value of the contracts that may be awarded under a framework must also be published in the tender notice or procurement documents. All of these tweaks to existing models help to ensure that the different procurement tools are structured in a way that simplify the route to market, making compliant processes the "default by design" when officers are spending public money.

The Response also retained the possibility of public sector providers charging suppliers when awarding a call-off under either type of framework or the Dynamic Market, continuing the ability for councils and others to use the procurement tools as commercial models.

In the Response the Government retained its stance on embedding transparency by default throughout the entire procurement lifecycle, though it did take account of the concerns raised around the additional burden, cost and potential anti-competitive implications. To reduce this burden, there will be a value threshold of £2 million or more before appropriately redacted contracts need to be published alongside the contract detail notice, and debrief letters will also no longer be required. Additionally, in the interest of preserving commercially sensitive information there will no longer be a requirement to disclose tenders submitted in procurement. This value threshold will be a relief to smaller local authorities for whom the cost of reporting, redacting and publishing lower-value contracts would have been significant.

The proposal to introduce a central digital platform for commercial data goes to the heart of the transparency proposals and is intended to save cost and time through its "tell us once" approach. As a result, it will be imperative for contracting authorities to maintain a fully functional IT system to enable them to discharge their transparency obligations.

The main focus of this chapter is how to reform the existing Court processes in order to speed up procurement challenges and make the challenge process cheaper and more accessible. Examples of such measures include allowing decisions to be made on the basis of written pleadings, early and enhanced disclosure and the appointment of a dedicated procurement judge (or judges given the current procurement workload of the TCC). The "American Cyanamid" test for lifting of automatic suspensions may also be replaced by single-limbed test in order to simplify its application.

Despite the above reforms, many of the proposals outlined in the Green Paper are no longer being pursued. In line with this, this chapter is likely to undergo further revision as the Government intends to explore further options for challenging procurement decisions. At this stage, councils can only "watch this space" to see what the challenge regime will look like once draft legislation is published.

The Response confirmed that the proposals for tackling payment delays will be carried forward, however guidance has been promised to clarify the process for escalating payment complaints and to give greater detail about the investigatory role of the PPRS or PRU. The Government also proposes to make Regulation 72 provisions easier to navigate and are considering introducing a new safe harbour for amending long-term contracts. Moving forward it will also be mandatory to publish contract change notices, again in an attempt to improve transparency.

Although the new regulations are unlikely to come into force until 2023, councils will need to ensure they have adequate resources to fulfil the new transparency requirements whilst also maximising the benefits of the additional flexibility and simplification of the regime. Despite the Government's detailed response to the consultation, the actual implications of the regulations will not become clear until they are published. Even then, whether or not the new regime will have the desired effect will depend on how successfully they are implemented and embraced by councils in practice. Councils should ensure that those responsible for procurement are trained and upskilled in order to take advantage of the new flexibilities provided without getting bogged down by the enhanced transparency obligations.